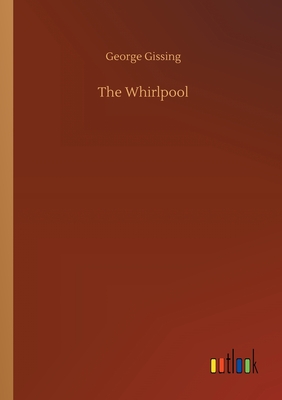 'Marriage rarely means happiness, either for man or woman; if it be not too grievous to be borne, one must thank the fates and take courage'. The greatest of English realist novelists, famous for New Grub Street, George Gissing creates in The Whirlpool an astonish picture of characters caught in the vortex of London, struggling to understand how they can make sense of their lives in a society of remorseless faithlessness and social snobbery. A whole era is magnificently brought to life in all its glamour and squalor - and ... Read More

'Marriage rarely means happiness, either for man or woman; if it be not too grievous to be borne, one must thank the fates and take courage'. The greatest of English realist novelists, famous for New Grub Street, George Gissing creates in The Whirlpool an astonish picture of characters caught in the vortex of London, struggling to understand how they can make sense of their lives in a society of remorseless faithlessness and social snobbery. A whole era is magnificently brought to life in all its glamour and squalor - and at the book's heart lies one of the most remarkable figures in English literature: Alma Rolfe, torn between an idyll of rural domesticity and her career in London as a musician. Read Less

All Editions of The Whirlpool

George Gissing's novel "The Whirlpool" is a grim, pessimistic and thoughtful examination of materialistic, fast-paced urban life and of the difficulties of what today is frequently described as companionate marriage. Of all Gissing's novels, this book is probably the most modernistic in tone. Published in 1897, "The Whirlpool" is a late work of Gissing (1857 -- 1903. It was written after the author had achieved a degree of critical and popular recognition after writing in relative obscurity for much of his life. Most of Gissing's books deal with the London poor or with the middle class. "The Whirlpool" is unique for Gissing in its upper middle-class setting, and the book has some similarities to the writings of Henry James. Gissing wrote best about places and people that he knew. In some respects, he seems uncomfortable in his descriptions of the worlds of finance and of the business of music that form the backdrop of this novel. In its pessimism, the book is typical of Gissing. Thus, in an earlier novel, "The Nether World", The Nether World (Oxford World's Classics) Gissing's most detailed look at the London poor, Gissing observes that there is little to distinguish the nether world of the slums from the world of the upper-class. In many respects, "The Whirlpool" is "The Nether World" transferred.

The title "The Whirlpool" is the key metaphor of the book. Gissing and his main character, Harvey Rolfe describe the world of late Nineteenth Century London as "a ghastly whirlpool which roars over a bottomless pit" (p. 47)for its ceaseless and senseless activity devoted to the pursuit of money which draws everyone into its maw. In discussing the difficulties of raising children, Rolfe observes that "There's the whirlpool of the furiously busy. Round and round they go; brains humming till they melt or explode." (p. 147)

The novel centers upon the marriage between Harvey Rolfe, age 37 at the outset of the novel, and Alma Frothingham, roughly 16 years younger. Rolfe is a Gissing-type male character, educated, well-meaning, but passive, rootless, and weak. Rolfe is educated and a reader and appears content to live as a single man on a competence of investments which he manages prudently and modestly. He meets the young, beautiful Alma, however, and determines to marry her. Alma is the daughter of a financier who kills himself when his investment firm fails, bringing ruin to many people. She has difficulty living this down. Alma also is a violinist of real if modest talent who aspires to turn professional. When Harvey and Alma marry, they promise to respect each other's independence and not to interfere with one another's lives. They agree to escape London and remove to a rural area in Wales where Alma has a son, Hughie, and abandons her violin for a time.

After two years in Wales, Alma becomes restless and frustrated and the couple return to London where they both are soon drawn into the Whirlpool. Alma pursues her ambition to become a concert violinist but the price is high. She must deal with and try to manipulate two men who had earlier tried to seduce her. She also neglects her son and her husband while growing unreasonably and wrongly suspicious that Harvey has had an earlier affair. Harvey, for his part, allows Alma to pursue her musical career but at the price of seeming indifference to her. The story takes a startling turn when Alma makes a surreptitious visit to the home of one of her sponsors, a wealthy rake named Redgrave, the night before her concert. She witnesses a fight between Redgrave and a family friend named Hugh (for whom Hughie was named) Carnady who punches and accidentally kills Redgrave because he thinks, with some degree of plausibility, that Redgrave is having an affair with his wife, Sibil. Both Sibil and Alma have reasons for concealing the affair and for imputing infidelity to the other. Alma becomes fervish and ill, is blackmailed, resorts to drugs, and soon dies from an accidental overdose.

The book is replete with nasty, selfish individuals out for the main chance. Gissing is frequently at his best in his characterizations of women, and his portrayal of Alma, her ambitions, and her weaknesses is particularly insightful. Rolfe and Gissing suggest that the problems of the relationship, besides the incompatibility of Rolfe and Alma in what they want out of life, is due to the quest of both parties to the marriage for independence and autonomy. The novel shows sympathy for Alma and her ambitions, but her dreams of becoming a concert violinist are shown as unfounded given her level of musical ability and inconsistent with being a loving wife and a good mother for Hughie. In discussing companionate marriage and its difficulties in an urban, materialistic world, Gissing writes perceptively about an issue which has assumed critical importance in modern life. His thoughts on the matter are not those of most people today. But the value of the book lies in how Gissing presents the issue and in his portrayal of the weaknesses and the frustrations in the many men-women relationships that have a place in "The Whirlpool."

The book is slow-reading and clumsy, as is much of Gissing. It is also written for the most part in a flat style which is in marked contrast to the passion and the fervid, neurotic behavior of most of the characters in the story. For all its shortcomings, "The Whirlpool" is an excellent, intelligent novel of ideas and character.

This particular edition of "The Whirlpool" unfortunately is no longer in print. It includes an excellent introduction by William Greenslade of the University of West England, Bristol, and good notes which explain Gissing's many topical references to the London of his day. In addition, the edition includes a summary of critical reactions to "The Whirlpool" from the books publication to the 1980s. The novel received mixed reviews upon publication (including a review by Henry James) and then was largely forgotten in the Gissing canon (itself not well-known on the whole) until the latter part of the Twentieth Century. The book then went through several editions due to its treatment of modern marriage and the role of women. The only new editions currently available of "The Whirlpool" appear to be computer offprints which are useable but not good. A reissue of this excellent "Everyman" edition of "The Whirlpool" would be highly welcome.