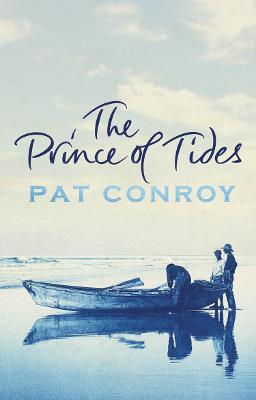 The Prince of Tides

Pat Conroy's inspired masterpiece relates the dark and violent chronicle of an astounding family: the Wingos of Colleton, South Carolina. No reader will forget them. And no reader can remain untouched by their story. All Wingos share one heritage ... shrimp fishing, poverty and the searing memory of a single terrifying event - the source of Tom Wingo's self-hatred and of his sister Savannah's suicidal despair. To save himself and Savannah, Tom confronts the past with the help of New York psychologist Susan Lowenstein. As ... Read More

Pat Conroy's inspired masterpiece relates the dark and violent chronicle of an astounding family: the Wingos of Colleton, South Carolina. No reader will forget them. And no reader can remain untouched by their story. All Wingos share one heritage ... shrimp fishing, poverty and the searing memory of a single terrifying event - the source of Tom Wingo's self-hatred and of his sister Savannah's suicidal despair. To save himself and Savannah, Tom confronts the past with the help of New York psychologist Susan Lowenstein. As Tom and Susan unravel the bitter history of his troubled childhood, in episodes of grotesque humour, poignant lyricism and shattering violence, the door opens vividly onto a world peopled by a cast of colourful, eccentric and unforgettable characters. Read Less

All Editions of The Prince of Tides

The Pat Conroy Cookbook: Recipes of My Life

A Review of The Prince of Tides by Pat Conroy

Pat Conroy is one of my all time favorite writers. All of his novels center around one man, who narrates the story, but they are not ?men?s fiction.? As a man who is more than his testosterone, I have long struggled to find male writers who touch upon the ?whole-man? ? heart, mind, body soul ? and ?manly stuff.? Tom Clancy and that whole brood always seemed so one-dimensional ? as if any man who had not gone through Quantico was not a man at all. We must all strive to be Jack Ryan. I say no.

We have a challenge facing our culture at this time ? we have men being forced to choose a side ? to either be a chest thumping Alpha or a neutered, metro, feminized vegan, granola-muncher. The trouble is ? we are both, but there are few (if any) representations of this combination in popular culture ? who are we to model ourselves after ?Jason Statham or Tobey McGuire. Who lies in the middle? No one.

The characters in Pat Conroy?s fiction show us men who are struggling with this very duality. They are often hurt and angry, feeling betrayed by those who ?love? them for not allowing them to be ?weak? to fail or to hurt. As a society we portray men as fierce warriors, soldiers, gladiators of the gridiron ? we idolize the six-pack abs and muscular chests. But, look around. How many men do you see that look anything like that? Much like the Barbie doll mop tops we call fashion models, so many of these characterizations are impossible for the average Joe to live up to. So, are we not men? What is a man?

The difficulty is that men are equally as complex, in many ways, as woman. But, we are often pigeon holed, not allowed to feel, to fear, or to fail. When we do, it is often unacceptable to ourselves, we are the first to berate, condemn and criticize. Self-hatred, depression and loss of confidence are just around the corner. Yes, men are warriors ? we want to leave the house, kill something and drag it home ? we crave competition, contact and praise. But, we also want to be loved and accepted ? completely ? not just for our latest victory or six pack abs. Just as beauty fades for woman, for men, a bigger, faster, stronger or younger competitor is always waiting in the wings ? wanting to knock you down ? replace you. But there is no Tom Clancy novel in which Jack Ryan fails, goes into a depression and seeks emotional healing. He is not allowed to be a whole-person.

Pat Conroy allows men to be men ? to explore a wide range of emotions, feelings and struggles. They are not the cloth-wearing drumbeaters of Robert Bly, nor are they muscled ex-soldiers of Tom Clancy. They are men just like you ? men who work hard, strive to ?win? and sometimes fail ? miserably. It is refreshing to read such a story ? to go on a journey with a man who feels completely and is struggling to work through those emotions and still be a ?man.? Culturally, we do not know how to handle this ? we don?t handle well our wounded warriors coming home from active duty ? looking fierce in their uniforms, but at war internally.
Women want to be recognized and loved for more than just their external beauty. The belief, among so many women, that they are only attractive because they are youthful, has led to the ridiculous lengths so many are going to with plastic surgery and other cosmetic treatment to ?retain? their youth. The belief that your only value is an external, transitory attribute is a living hell from which there is no escape. For men, the parallel belief is that their only value is in victory ? because they to will age, fall behind and fail. So, we need to feel, love and commit more deeply ? our external attributes are what attracts us to one another ? but then what? How do we grow, mature, age ? and still remain attractive and desirable to the other sex? These are the issues Pat Conroy wrestles with expertly. He is a man who has lived deeply and works out his own struggles in his fiction. He offers great insight into the mind of a man. Woman should read him to understand their man, and men should read it to recognize that their thoughts and feelings are not theirs alone.

I'm from New York and have spent some time in South Carolina. The Prince of Tides takes a South Carolina country boy and plops him down in Manhattan. The result -- one of the greatest novels I have ever read.

But you don't have to be Yankee or a good ole' boy to enjoy this masterpiece. All you have to do is enjoy great writing.

Best book I've read in a long time. The first Conroy book I read was South of Broad and I've read three others since. Looking forward to the next one.

I have already recommended this book to my sisters with the warning that they will have nights reading till 4am. Unbelievably powerful and full of so much more than the movie.