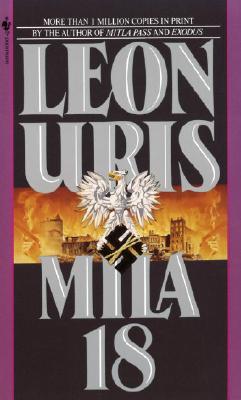 All Editions of Mila 18

This is a fictional account of the Polish Jewish
uprising against the Nazis in World War II. I read
it once in 1962 at the age of 15 and it changed
everything for me. The Jewish people in Warsaw,
Poland were segragated into a ghetto. They refused to lie down and die and fought to the end.
Reading about Masada years later I realized that
the Jewish people have always fought against
prejudice and bigotry right from the very start.
Even though the Jews of Masada committed mass suicide rather than be killed by the Romans
these two examples of Hebrew spirit should be
known by everyone. Although Uris' book is fiction
I also recommend his nonfiction book on Jerusalem.