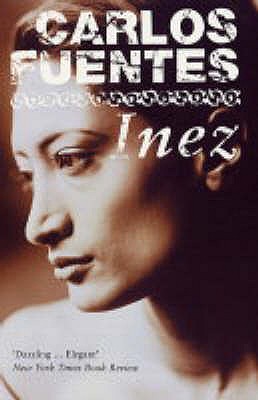 In this magical story of love and art, life and death, Carlos Fuentes entwines two narratives: one tells of the passion of orchestra conductor Gabriel Atlan-Ferrara for red-haired Mexican diva, Inez Prada; the other of the first encounter in human history between a man and a woman. Berlioz's music for THE DAMNATION OF FAUST brings Atlan-Ferrar and Inez together, and continues to resound on every page of this haunting work. At the same time, the emergent love of neh-el and ah-nel - the original lovers - reminds us of the ... Read More

In this magical story of love and art, life and death, Carlos Fuentes entwines two narratives: one tells of the passion of orchestra conductor Gabriel Atlan-Ferrara for red-haired Mexican diva, Inez Prada; the other of the first encounter in human history between a man and a woman. Berlioz's music for THE DAMNATION OF FAUST brings Atlan-Ferrar and Inez together, and continues to resound on every page of this haunting work. At the same time, the emergent love of neh-el and ah-nel - the original lovers - reminds us of the Faustian pact of love and death. The link between these two stories is a beautiful crystal seal that belongs to Atlan-Ferrara, who is obsessed by its meaning. Maybe this ancient and seductive object gives its bearer the ability to read unknown languages and hear music of impossible beauty INEZ takes place in two eras, one deeply remote and one perhaps yet to come, but the passions evoked in both transcend the limits of time and space. Read Less

All Editions of Inez

The Diary of Frida Kahlo: An Intimate Self-Portrait

The world of the Aztecs

The Broken Spears: The Aztec Account of the Conquest of Mexico

Love in the Time of Cholera

The Years with Laura Diaz

The Damnation Of Faust Thrice Told

read this short, enigmatic novel, "Inez" by the Mexican writer Carlos Fuentes because it draws heavily upon one of my most beloved works of music, Hector Berlioz' "The Damnation of Faust". Berlioz called this work a "legende dramatique". It is usually performed as a concert opera. It is based upon Goethe's Faust, with a text by Berlioz himself. It tells the story of an aging scholar who sells his soul to Mephistopheles to win the love of the beautiful Marguerite. At the climax of Berlioz' opera, Faust is driven off on horseback to hell to the sound of a furious "hup-hup" while Marguerite is saved and goes to heaven. In his book,Fuentes makes a great deal of the "hup-hup" of Faust's fateful journey.

Fuentes's novel tells the story of a 93 year old conductor Gabriel Atlan-Ferrara, who has spent much of a long career conducting this masterwork of Berlioz. The opera is intertwined for Ferrara with his love for a great Mexican singer, Inez Rosenzweig who adopts the stage name Inez Prada. Ferrara and Prada see each other at three widely-spaced times in their lives, the first in London during WW II, (when Inez is a fledgling but strong-willed singer, only 20 and a virgin) the second in the early 1950s (when Inez dismisses a lover from her apartment to receive Ferrara) in Mexico and the third in London in 1967. During the first meeting Prada rejects Ferrara as a lover but becomes infatuated by a young male friend who appears in a photograph with Ferrara. Ferrara walks away from her, and the picture of the young man mysteriously disappears from the photo. During the second meeting Ferrara and Prado consummate their love but do not otherwise pursue their relationship. Prada marries briefly. During the third meeting the couple reminisces while Ferrara oonducts a version of Faust with Marguerite in the nude. The two never see each other again. Ferrara has a mysterious crystal he received from Prada and, he believes, it allows him access to the past and the future. As an aged man of 93 conducting Faust for the last time, his thoughts are on Prada.

The Prada-Ferrara story is juxtaposed against an even more enigmatic tale involving a man named Neh-el and a woman named Ah-nel. This story is set in primordial time as the first love between a man and a woman as they separate themselves from the other animals. Their story involves tenderness, lust, incest, and the change from a matriarchal, egalitarian society to one based upon patriarchy.

The Faust-Marguerite, Ferrara-Prada, Nehel-Ah-nel relationships all involve the mysterious nature of love and sexuality between a man and a woman. They also involve the ability of music to capture this relationship and to transcend it. (The Nehel -- Ah-nel relationship involves the tale of a primitive silver flute which plays music never since heard.) The strongest scenes in this novel are those that are closest to Berlioz' music, that capture its romantic passion, and that illustrate Ferrara's life-long obsession with the score. The book includes extended discussions of the power of music and difficult reflections on the nature of male-female relationships. There is also a great deal of fantasy in the book as it concerns the mysterious crystal and the early relationship of Neh-el and Ah-nel.

This is a moving but obscure novel. Those fascinated with the book should explore for themselves Berlioz' flamboyant and passionate setting of "The Damnation of Faust". Berlioz' "legende dramatique" is readily available on many fine CD sets.