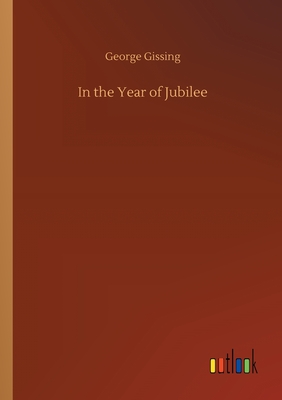 "[...]sullen, were curiously wrinkled; she had eyes of slate colour, with lids so elevated that she always seemed to be staring in silly wonder. 'So you've got breakfast, have you?' were her first words, in a thin and rather nasal voice. 'You may think yourselves lucky.' 'You have a cheek of your own, ' replied Beatrice. 'Whose place is it to see that we get meals?' 'And what can any one do with servants like I've got?' retorted the married sister. 'It's your own fault. You should get better; and when you've got them, you ... Read More

"[...]sullen, were curiously wrinkled; she had eyes of slate colour, with lids so elevated that she always seemed to be staring in silly wonder. 'So you've got breakfast, have you?' were her first words, in a thin and rather nasal voice. 'You may think yourselves lucky.' 'You have a cheek of your own, ' replied Beatrice. 'Whose place is it to see that we get meals?' 'And what can any one do with servants like I've got?' retorted the married sister. 'It's your own fault. You should get better; and when you've got them, you should manage them. But that's just what you can't do.' 'Oh, you'd be a wonderful housekeeper, we know all about that. If you're not satisfied, you'd better find board and lodging somewhere else, as I've told you often enough. You're not likely to get it as cheap.' They squabbled for some minutes, Fanny looking on with ingenuous amusement, and putting in a word, now for this side, now for that. 'And what am I going to have for breakfast?' demanded Mrs. Peachey at length, surveying the table. 'You've taken jolly good care of yourselves, it seems to me.'[...]." Read Less

All Editions of In the year of jubilee

George Gissing originally titled this 1894 novel with the title of this review, but his publisher persuaded him to use "In the Year of Jubilee" instead. Gissing (1857 -- 1903) was a late Victorian novelist who remains relatively unknown. Among other things, his book are distinguished for their attempts at realism and for their pessimism. I have continued to read and to love Gissing's books over the years. "The Year of Jubilee" is part of what most readers find Gissing's most productive period of writing.

Jacob Korg, a noted Gissing scholar, has well-described the novel as "a sprawling story about marriage problems and the corruption of values in industrial society". The book begins in 1887, with the Jubilee Day for Queen Victoria as its initial focus. Masses of people turn out to celebrate progress and democratization with, in Gissing's view, violence and vulgarization the near consequence. The story soon pivots, however, to the relationship between its two main characters, Nancy Lord and Lionel Tarrant.

Jubilee is an appropriate reference for the book's title, but Gissing's first thought had merit as well. Nancy Lord, 23, is the heroine of this novel, one of Gissing's many inspired women characters. She is a strong figure and strives for personal and sexual independence. Nancy Lord deserves better than what she receives in the book. Camberwell, the other component of Gissing's proposed title, is a London suburb, home in Gissing's day to a rising middle class including the Lord family. Nancy's father was a seller of pianos. His wife had apparently died early. Lord has tried to provide his children, Nancy and Horace, with a strong education and conventional upbringing. Both Nancy and Horace rebel in different ways and strike out for themselves.

Nancy has three suitors in the course of the book: Lionel Tarrant, an egotistical young man born to wealth who doesn't want to work or marry beneath himself, Luckworth Crewe, an ambitious man of the lower middle class who is working himself up to the main chance through the advertising business, and Samuel Barmby, Lord's business partner, who is pretentious, full of himself, and a fool. In a frank scene, for its day, Nancy has sex with Tarrant. She is not an innocent, but is instead both seductress and seduced. The couple then marry. Nancy's father dies leaving a will forbidding Nancy to marry until she reaches the age of 26 under pain of disinheritance. Nancy and Tarrant agree to try to conceal the marriage. Nancy is also pregnant.

Tarrant, a caddish figure, disappears to America for a year. Nancy grows in stature during this time, as she struggles to have her baby, find independence, and do some writing on her own. She remains faithful to Tarrant who is not faithful to her. Nancy is on the verge of throwing Tarrant over, but he returns and says he wants to pursue the marriage. The book settles unsatisfactorily with a near traditional wife's role for Nancy although at Tarrant's insistence both parties to the marriage are to have "space".

As so often with Gissing, the secondary characters are more interesting than the main story. Gissing is at his best when his passions are aroused, as is the case when he describes with disdain the rising lower middle class and its foibles. He describes numerous failed relationships and characters, including the French sisters, Fanny, Ada, and Beatrice. Nancy's brother is smitten with Fanny, who is a femme fatale. Ada is the shrewish wife of Arthur Peachey who eventually throws her over. Beatrice is a businesswoman who sells shoddy dresses to women who imagine themselves fashionable. The rising Luckworth Crewe does Beatrice's advertising and becomes her dominating business partner. Other important characters include Nancy's friend Jessica, who studies and has academic ambitions to no clear purpose, and a Mrs. Damerel, a mysterious character who presents herself as Nancy's and Horace's aunt.

"In the Year of Jubilee" is an ambiguous, highly mixed book that straddles Victorianism and modernism. Gissing as well seems to be of many minds about the situations he describes, about women in particular. His dislike for commercialism, advertising, the masses, and economic growth without wisdom remain clear. The book is marred by too many characters, lack of focus and probably by the figure of Lionel Tarrant who, in spite of some good qualities, remains highly dislikable and a poor reward for Nancy.