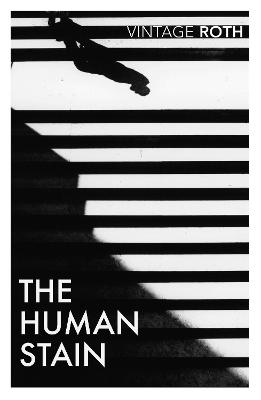 Philip Roth's brilliant conclusion to his eloquent trilogy of post-war America - a magnificent successor to American Pastoral and I Married a Communist It is 1998, the year America is plunged into a frenzy of prurience by the impeachment of a president, and in a small New England town a distinguished classics professor, Coleman Silk, is forced to retire when his colleagues allege that he is a racist. The charge is unfounded, the persecution needless, but the truth about Silk would astonish even his most virulent accuser. ... Read More

Philip Roth's brilliant conclusion to his eloquent trilogy of post-war America - a magnificent successor to American Pastoral and I Married a Communist It is 1998, the year America is plunged into a frenzy of prurience by the impeachment of a president, and in a small New England town a distinguished classics professor, Coleman Silk, is forced to retire when his colleagues allege that he is a racist. The charge is unfounded, the persecution needless, but the truth about Silk would astonish even his most virulent accuser. Coleman Silk has a secret, one which has been kept for fifty years from his wife, his four children, his colleagues, and his friends, including the writer Nathan Zuckerman. It is Zuckerman who comes upon Silk's secret, and sets out to unearth his former buried life, piecing the biographical fragments back together. This is against backdrop of seismic shifts in American history, which take on real, human urgency as Zuckerman discovers more and more about Silk's past and his futile search for renewal and regeneration. 'An extraordinary book - bursting with rage, humming with ideas, full of dazzling sleights of hand'- Sunday Telegraph Read Less

All Editions of The Human Stain

I Married a Communist

In a long writing career, Philip Roth has progressively deepened his themes and his understanding of human character as well as his skill at the novelist's craft. His novel, "The Human Stain" is both entertaining and thought-provoking. It is a worthy addition to American fiction of the early 21st century.

The title of the book sets forth its primary theme. A major part of human life is tied to human sexuality and to physicality. People ignore or downplay this aspect at their peril. This theme is reflected throughout the book. Roth, even more than John Updike and with a different perspective than Updike, writes with a passion about the central role of sexuality in human life.

The story unfolds against a backdrop of the Clinton impeachment hearings. The chief protagonist of the book is Coleman Silk, a 71 year old former professor of Classics and Dean of a small New England College. Silk has resigned from the college as a result of an investigation over a classroom remark that some found racist. His wife of many years has died, and Silk has become romantically involved with a 34 year-old divorced woman with little education who works as a janitor in the college. Silk's former colleagues, his four children and his acquaintances are leery of his affair. Silk befriends Nathan Zukerman, an alter ego who appears in many Roth novels, who tells Silk's story.

Silk has become highly successful but has done so in part by denying important components of his life. He is of African-American ancestry but light enough to pass. (Many American novels utilize the theme of "passing" for white.) He callously walks away from his family at the age of 27 in order to marry a white woman for fear that she would reject him if she were aware of his ancestry. He never reveals the secret. Roth's book suggests in a poignant way how difficult it is for one person to claim to know another.

The theme of individual self-determination in life choices, as opposed to following the course of the group into which one was born, is another major theme of the book. Roth develops it well, with all its pain and ambiguity, in exploring the choices Zuckerman has made. Many people probably would assert that people need to stay and develop within their group. This isn't Roth. He seems to me more quintessentially American by celebrating the room modern secular democracy gives people to change and follow their stars. But, very simply, this is a different matter from denying one's origins altogether.

The book is full of great scenes, particularly of Coleman Silk's early fascination with boxing, and of literary allusions. There are allusions to Homer and Euripides, as befitting a professor of classics. Euripides, with his naturalism and recognition of the power of sexuality, is an excellent choice for emphasis in this book. There are also fine passages emphasizing the power of music, including a lovely description of Coleman's 19-year old lover, when he was young, dancing in his college flat. Mahler's music, with its feel for the earth, also figures prominently as does the powerhouse pianist, Yefim Bronfman.

Coleman's 34 year old lover is well described. She helps teach Coleman, very late in his life, the importance of sexuality and of human contact, to try to see and accept things for what they are, and to understand the inevitability of change.
Readers who enjoy this book might also enjoy Saul Bellow's novel, "Ravelstein" which raises many of the same issues. Bellow's novel tells the story of a philosophy professor who, like Silk, specializes in the ancient Greeks -- Plato rather than Euripides. Both books are narrated by a friends of the protagonists who are novelists and who request them to write narratives to remember their lives. Both involve stories of sexual passion and speak of the promises and difficulties offered in the United States where people can, in a real sense, become who they are. Roth's novel and Bellow's novel, the products of two of our finest writers in their old age, present good pictures of the potential of American life in our modern day.

Personally, I don't care for "Portnoy's Complaint". But I am So glad I didn't let that keep me from reading this book- which strikes me as a true masterpiece. It addresses a variety of issues of modern times- perhaps most notably race, but also others (such as women's issues and the Viet Nam War) . Roth really opened my eyes about some of the challenges that face veterans returning to this country. The characters are as multidimensional as the issues. A great read. Don't miss.

I guess I'm not a fan

If you like Philip Roth's works then this is a really good one.
If you have never read one of his books then this is a good one to start with, so that you know he can write well.
As for the story... The book seemed far more a showcase for his ability to write a novel, using all the elements as dutifully taught by various schools of thought, than it was about anything; that he was more interested in toying with form than with readability and plot.

I had seen the movie on TV and decided to get the book. The movie was well acted and followed the book enough to make a good movie but reading the book was much better.
If you can, see the movie and read the book, in that order.
Adaria