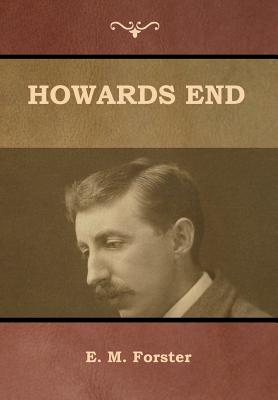 In Howards End Forster voiced many of his apprehensions about the future, and the novel has become more relevant than ever as a statement of humane, civilised values, while its subtle characterisation, its blend of irony and lyricism, its humour and its wealth of unobtrusive symbols, make it one of the great English novels. The story of two sisters - Margaret and Helen Schlegel - and their different paths in life was hailed by the critics as Forster's greatest work when it was first published in 1910. 'The word ... Read More

In Howards End Forster voiced many of his apprehensions about the future, and the novel has become more relevant than ever as a statement of humane, civilised values, while its subtle characterisation, its blend of irony and lyricism, its humour and its wealth of unobtrusive symbols, make it one of the great English novels. The story of two sisters - Margaret and Helen Schlegel - and their different paths in life was hailed by the critics as Forster's greatest work when it was first published in 1910. 'The word Forsterian is already demanded' wrote the Saturday Review, and the Daily Telegraph said '... all will feel with us that it is a book quite out of the common by a writer who is one of our assets, and likely to become one of our glories.' Read Less

All Editions of Howards End

A Room with a View

Aspects of the Novel

The Age of Innocence

E. M. Forster?s Howard?s End, published in 1910, is named after an estate, the only constant in the book. The estate belongs to the central characters, first to the Wilcox family, then to the Schlegel sisters. The Wilcox family is dominated by Henry, the father, and Charles, one of his sons. Both are new to wealth, profiting from the rubber industry and the business mind. The Schlegel sisters, Meg and Helen, have some wealth, left to them by their deceased parents. They consider profits to be gained from art, music, and literature. The two families are brought together by Mrs. Wilcox before her death. After her death, their connection is solidified in marriage between Henry and Meg.

The clash between the families comes about when a poor young man, Mr. Bast, is introduced. Helen and Meg see him as an adventurer caught in the net of poverty, tied to an unintelligent woman in marriage. The sisters try to help him with advice from Henry Wilcox, telling him to change jobs. The young man does, accepting a lower wage, worsening his financial state. Helen confronts Meg, now Henry?s fiancee, to tell her they are responsible for Mr. Bast?s terrible condition. This confrontation forces some division between the sisters. Meg defends the Wilcoxes, Helen leaves in disgust.
The clash lasts for much of the book, as Meg tries to keep proportion between her two families, and their philosophies. It comes to a climax when Helen returns to Howard?s End after a long absence. She is pregnant with Mr. Bast?s child, unwed, and bound to be shunned by English society. Meg protects her sister from the Wilcoxes, keeping her at Howard?s End. Meanwhile Mr. Bast searches for her so as to confess and receive forgiveness. Instead he finds Charles Wilcox, who fights with him and kills him. Charles is imprisoned. Henry is spent emotionally and physically because of the stress of all that has happened. And Meg is able to settle both Henry and Helen at Howard?s End, where everyone lives happily ever after, since Henry and Charles cannot fight Meg?s management.

The book will interest those concerned with feminism. It depicts the problems for women who are intelligent, soulful, and compassionate, but who are held back by the male-dominated business world, ?national morality? that lacks personal care, and the manners of upper classes that leave much unsaid and undone. If Helen and Meg accept these hindrances, they become ineffective. Meg comes to realize that the endeavors encouraged for her ? music, art, and literature ? are effeminate, inactive, a waste of time. Because Helen and Meg do
not accept the typical place for women of their class they affect the lives of others, for better or worse. The Wilcoxes are forced to consider the new roles of women, or at least these two women, as they are now a part of their family. The book also depicts problems of money and property, especially for women. The whole story starts with Mrs. Wilcox leaving Howard?s End to her friend, Meg Schlegel. The Wilcox family disregards her wish, and keep the estate for themselves. Meg comes to what is rightfully hers only by marriage to Mr. Wilcox.

Overall, Howard?s End is a book about many conflicts. We see the changing of classes and their members. The Wilcoxes are new to the upper or middle class, gaining their wealth by new industries. The Schlegels are landowners, with an established wealth, (though only obtained one generation before the sisters). We see the changing of a rural, agricultural society into an urban, industrial society on the go, made easier by the invention of the auto. The author writes, ?The Earth as an artistic cult has had its day, and the literature of the near future will probably ignore the country and seek inspiration from the town.? The conflict of nationalism is expressed in generalities made about English and Germans, giving some insight into the thinking that leads to World War I, which began only a few years after the story was written. The conflicts are resolved only after both philosophies fail. Henry Wilcox?s bourgeois thinking cannot stand beneath the weight of real suffering. Helen?s impulsive behavior leads to responsibility for a child, consideration of her family, and requires forethought. The resolution is only Meg?s ability to keep proportion between the two families.