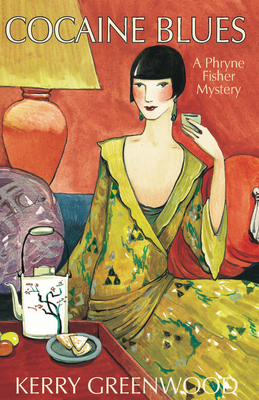 All Editions of Cocaine Blues: A Phryne Fisher Mystery

Death of a Partner

Face Down Under the Wych ELM

After viewing Miss Fisher Murder Mysteries on television, yer crusty ol' editor was looking forward to reading the books upon which the series was based.
Sadly, the writing doesn't live up to the standards of professionalism exhibited by the television version. Great literature this ain't, at least in the first three books that c.o.e. has read.
Apparently this series is being written as basic potboiler stuff.
The concept behind the series may have been revolutionary to the machoism of interwar period in Australian society of the time: that a woman should become a lady detective and assert her independence instead of being an obediant little shiela. (Some might claim that such attitudes haven't changed all that much since then, despite having female military pilots.)
As such, the idea behind the books is wonderful. The main complaint c.o.e. has is in the method of execution.
Sometimes the writing seems to jump around leaving the reader feeling slightly disoriented. Similar names are used in characters or locations leading to reader confusion. The author has a tendancy to use too many "and"s in sentances when other other words could be better used to join ideas. Technical details seem to be poorly researched or misunderstood.
There are little gems in the writing, but they are often overshadowed by phrasing or facts.
If the author is interested in creating a lasting body of literate work, she would be urged to set aside each completed manuscript for a month or twelve, then reread it out loud, making changes as needed to make a smoother flowing story. Alternately, this crusty ol' editor would like to act as first reader for future manuscripts so that the series would be more likely to be well-received through time and outside Australia.
Happily, the books often answer questions or fill in detail that is minimalized in the television series.