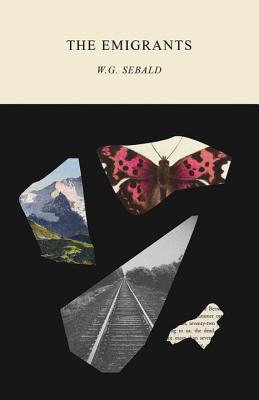 Published to enormous critical acclaim in the U.S. and sold out immediately in its first hardcover edition, THE EMIGRANTS appears to be straightforward biography of four Germans in exile. But author W.G. Sebald has wrought "one of the best novels to appear since WWII" (REVIEW OF CONTEMPORARY FICTION) and three times chosen as the1996 International Book of the Year. Illustrated throughout with enigmatic photographs. Read More

Published to enormous critical acclaim in the U.S. and sold out immediately in its first hardcover edition, THE EMIGRANTS appears to be straightforward biography of four Germans in exile. But author W.G. Sebald has wrought "one of the best novels to appear since WWII" (REVIEW OF CONTEMPORARY FICTION) and three times chosen as the1996 International Book of the Year. Illustrated throughout with enigmatic photographs. Read Less

All Editions of The Emigrants

A Place in the Country

The Emergence of Memory: Conversations with W. G. Sebald

On the Natural History of Destruction

I found this book difficult to read and difficult to review. In general, I find it difficult to discuss works of literature which have the Holocaust as a main theme. Sebald's book is written with understatement, eloquence, feeling and irony. It is worth reading, but, in my view, significantly overpraised in the reviews I have read.

The book tells the story of five "emigrants" from Germany. There are four chapters devoted to one of the emigrants each and the narrator, who himself seems homeless and a wanderer in many ways. Each of the characters is a loner with difficulty coming to terms with himself (all the main characters in this book are men) and his past. They all have a sad story to tell of exile and loss. Of the four characters, two commit suicide, one dies in an institution, we leave one as he appears to be on his deathbed. Only the narrator survives whole at the end.

The book is allusive, told through many voices. The pattern of the stories is that the narrator meets the characters at different points of his life and becomes intrigued by them and seeks out their past. The stories are tossed from voice-to-voice and from time-to-time. The stories include dream sequences, sections by the narrators, sections from diaries or memoirs, and sections by third parties.

The stories are woven around a series of grainy black and white photographs which give a sense of realism and place to an account which frequently is evanescent. I found the use of the photographs effective.

In my opinion, the book gives the reader a sense of loss of a high and widely shared European Culture and life of the mind and spirit which is now gone forever. It was dashed by World War I not to speak of the Holocaust. There is a dream of a common culture in which Jews and non-Jews participated and shared alike, with each person bringing his or her own gifts to the mixture. I find this account throughout the book. The discussions in the book of how the Jews in a particular German synagogue opted to forgo the repair of the synagogue roof in WWI so that the German army could use the copper, the discussion of the old, decaying Jewish synagogue in which the narrator sees the graves of people with the same types of passions and dreams as himself. and the story of the young woman engaged to a non-Jewish musician bring home to me the authors attempt to portray a failed dream of a common culture and its brutal aftermath.

This book portrays the unhappy fate of culture in the Twentieth Century. It is in its way a meditation of the precious, unique character of the life of each human being.

Never heard of him? I'd never heard of him until a colleague told me she was writing a major article on the last novella in The Emigrants; my book-illustrator friend said Sebald is one of the greatest writers of the 20th century; and my sister, the novelist, said the first chapter of her upcoming novel makes reference to Sebald. I got ahold of a copy, and wonder how I missed, previously, this intense, Nabakovian, what more can I say? Read it!

This is the work of Sebald's in which his theme is most easily grasped - the disturbing power in later life of early dispossession. But his manner of writing is just as strange and remarkable as in his other works - and, ultimately, compelling. The conclusion of Ambrose's tale may, in Sebald's quiet and subtle way, knock your socks off.

W.G. Sebald was a German writer who lived in England and tragically died in 2001 after being awarded the National Book Critics Circle Award for Austerlitz. This novel, The Emigrants, takes migration as its theme, which unifies four seemingly disparate narratives of German Jewish exiles, but the narratives are also haunted by memory and the past, the awful shadow of the Holocaust, while the present is marked by destruction: a ruinous hotel in Manchester, a decaying abode. Enigmatic, mysterious, with only hints of the historical horror to come, Sebald's novel has a somber tone, seamlessly combining fiction, autobiography, and photographic images in a beguiling mixture--a collage of fact and interpretation, reportage and analysis, journalism and poetry. What the narrator leaves unsaid is every bit as important as what he writes. Perhaps the late author sounds exactly the right note--the gravity of Bach's Art of Fugue?--for our post-9/11, milennial age.