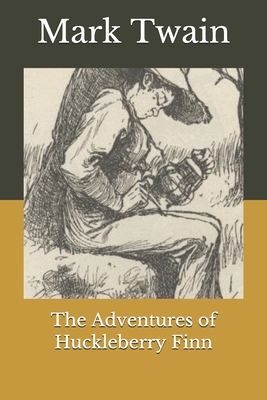 Simultaneously Mark Twain's most controversial work has drawn acclaim and critique for well more than a century. One of the most talked about works in American history still remains a lightning rod for the themes it explores. Read More

Simultaneously Mark Twain's most controversial work has drawn acclaim and critique for well more than a century. One of the most talked about works in American history still remains a lightning rod for the themes it explores. Read Less

All Editions of The Adventures of Huckleberry Finn

The Prince and the Pauper

A Sophisticated Sequel to Tom Sawyer

Published in the United States in 1885, Adventures of Huckleberry Finn portrays the continuing story of one of the main characters first introduced in Mark Twain's The Adventures of Tom Sawyer. Wanting to escape his abusive father, Huck runs away. Huck is joined with Jim, a runaway slave who fears being sold. Huck and Jim encounter all sorts of adventures and unique people on their way down the Mississippi River. The book also serves as a commentary on slavery and race relations in the nineteenth century. Thus, there is much more to this book than a boy simply narrating his adventures as he runs away with an escaped slave. True, the book uses words which would be considered offensive by present standards; moreover, some would say that this is a racist book. However, the book must be interpreted and analyzed in the time in which it was written. With this book, Mark Twain capably presents a social issue from the perspective of a boy seeking a better situation. I found Huck Finn more enjoyable as I read it right after I finished Tom Sawyer; while one does not have to read Tom Sawyer to understand Huck Finn, one will get a lot more out this book if the prequel is read first.

Book in very good shape. Was sent out and arrived in great shape and promptly. Would recommend to anyone

read it for a reason

I call this an onion (or parfait!) book, best understood by recognizing its layers. While many people "enjoy" Huck when they are children, it's best read by adults or teens with their eyes and ears open. Twain gives us harsh criticism of all American society, disguised as an adventure. The only decent human being in the book is Jim, and that was Twain's point. Twain wrote in reaction to how he saw people treating each other, but he knew no one would read it if it began "You all need to be nicer!" At every turn we get a semi-humorous event with a terribly dark underbelly. If you don't pay attention, you'll miss the very serious nature of this novel.

Of all the endings possible for 'Huckleberry Finn,' only one would have made any sense. My own, uneducated guess is that Mark Twain didn't want (or didn't have the courage) to go that way, so he tacked on a resolution clapped together from maudlin slop and preposterous coincidence. When I put my mean eye on 'Huck Finn,' I can literally see where the fix was thrown in. It couldn't be clearer had the author drawn a line across the bottom of chapter 31.

The world needs kiddie lit, whether adults enjoy it or not. That's why 'Huckleberry Finn' will outlast ten thousand writers like me. It will survive all attempts to pry it out of its place in the canon and future generations will have to suffer that awful resolution just as I did. Most people don't notice anything wrong with it, anyway.

The upshot is that 'Huck Finn' is immortal: it is a thing like warfare or venereal disease. And if (unlike most Americans) you've read all of Mark Twain, you know the old geezer would have chortled at and cherished that thought.

When I was a lad of nine years, I'd have rated "Huckleberry Finn" at six stars, my logic then being that five were not enough. Today, 61 years old, getting on toward the end of a hard life, I give it three stars for the three fourths of the book that are truly superb. The rest of it is goo.

It's a Classic, Right?

Don't get me wrong, Twain's a good writer, but calling this book the foundation of American literature is perhaps going a bit far in the praise department. Twain's address of race and youth in pre-Civil War Mississippi is a thought-provoking message for adults, but this books maybe isn't the children's book that it's been labeled as. Aside from the "N" word that covers every page, the very portrayal of Jim the runaway slave is awkward for those not of white descent. The story, also, descends into the kind of farcical rudeness that Tom Sawyer is famous for, so it's not exactly an idea adult book either. My advice is to buy it for your kid before they go to college and advise them to not bother reading anything past chapter 10. Then again, it's one of those books that you "ought" to read, so . . .