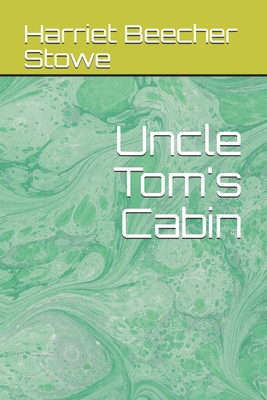 Worldwide literature classic, among top 100 literary novels of all time. A must read for everybody, a book that will keep saying what it has to say for years. Read More

Worldwide literature classic, among top 100 literary novels of all time. A must read for everybody, a book that will keep saying what it has to say for years. Read Less

All Editions of Uncle Tom's Cabin

The Pearl of Orr's Island: A Story of the Coast of Maine

The Red Badge of Courage

A book everyone should read. Even President Lincoln had something good to say about this book.

Harriet Beecher Stowe's famous novel was written witha specific purpose: to refute the common thinking of her time that slavery was acceptable because it was more often benficial than harmful.

Stowe's many tales of slaves and slave-owners, good, bad and in-between, are woven together as their lives intermingle, and show plainly and fairly all sides of the question as they existed in her day. And bring the reader, while moved with compassion for the oppressed, to the ineveitable conclusion of the evil of the entire system.

Themes of Christianity runeverywhere through the novel, giving hope to the victims and conviction to the oppressors, as well as to the silent observers.

I couldn't get the images of hopelessness out of my mind long after putting the book down. I highly reccommend it, but caution the reader that the 'n-word' appears quite often.