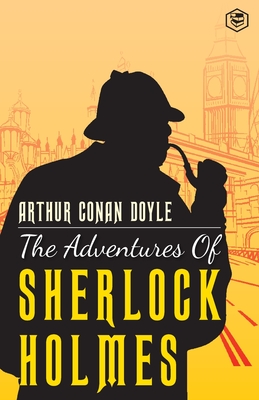 The Adventures Of Sherlock Holmes

All Editions of The Adventures of Sherlock Holmes

The Hound of the Baskervilles

A Study in Scarlet

The Hound of the Baskervilles

The Memoirs of Sherlock Holmes

Although the stories are short they are nevertheless excellent reading.
Enjoyable .

I am 80% done with the book but it is for adult reading and would not reccommend this book for a minor. It glamorizes drug use.

Love the book, I am learning about English culture this is my first Sherlock Holmes book.

Bought the Oxford Press edition of this book to read the references indicated during the stories - also easier to handle than my unabridged sherlock holmes.

This book is composed of twelve short Sherlock Holmes stories: A Scandal in Bohemia, The Red-headed League, A Case of Identity, The Boscombe Valley Mystery, The Five Orange Pips, The Man with the Twisted Lip (my personal favorite), The Blue Carbuncle, The Speckled Band, The Engineer's Thumb, The Noble Bachelor, The Beryl Coronet and The Copper Beeches. Although I've long been a fan of Laurie King's Mary Russell novels, which are semi-pastiches of the Holmes series, my only experience of the original Sherlock Holmes has been limited to my dim recollection of reading The Red-Headed League in high school and of watching a few of the BBC television episodes with my dad! Several years ago, I tried reading one of Conan Doyle's novel-length works but was rapidly turned off by the slow development of the plot and did not finish it. Reading this book, though, was a much better experience and I'm so glad I chose it. I think that the author's skill and the Holmes "genre" itself are much better seen and enjoyed in short stories. None of the stories are thrilling or heart-pounding; that is not what made Sherlock Holmes mysteries so great. Instead, they each follow a rather simple pattern: Holmes and Watson are introduced to a short, bewildering mystery that is quickly and, to Watson's never ending surprise, easily solved by Holmes, who then calmly gives a detailed analysis of the case and his logical steps to solving it! This set-up must be what made Sherlock Holmes such a refreshing character and what made the books so popular!