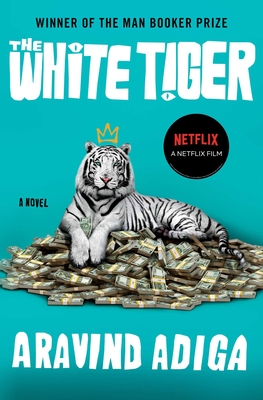 Balram Halwai is a complicated man. Servant. Philosopher. Entrepreneur. Murderer. Over the course of seven nights, by the scattered light of a preposterous chandelier, Balram tells the terrible and transfixing story of how he came to be a success in life--having nothing but his own wits to help him along. Read More

Balram Halwai is a complicated man. Servant. Philosopher. Entrepreneur. Murderer. Over the course of seven nights, by the scattered light of a preposterous chandelier, Balram tells the terrible and transfixing story of how he came to be a success in life--having nothing but his own wits to help him along. Read Less

All Editions of The White Tiger

The God of Small Things

I listened to this fine novel as a book-on-CD while driving. The narrator's accurate Indian accent made the story come alive, perhaps, more than with the book version.

Like Mistry's "A Fine Balance" (a better book), the story is first of all an indictment of India's political system, where elections are bought and politicians and officials live off of graft. What makes this novel rise above average is the sardonic undertone of humor. Mistry sets his work in the 1970s, and Adiga's 2008 setting shows that little has changed for the better for India's underclasses.

This book sucked. I'm a voracious reader. In a typical week I will read 2 to 3 novels, so I've read thousands of books over the past fifty or so years. This may not be the worst book I ever read, but it is in the top three. Absolutely dismal, with no redeeming qualities. Well, I guess i do have to admit it was well written, but well written drivel is still drivel. Depressing to the extreme. A terrible read.

Winner of the 2008 Man Booker Prize, "The White Tiger," by Aravind Adiga, is a pretty intense piece of work. The narrator, an Indian from a caste of sweet-makers, tells the story of his scrabble to the higher rungs of society than that to which he was born. It is darkly comedic in tone, and the narrator tells his tale so pleasantly that the reader is taken in effortlessly and almost immediately to his case. All the while, the reader feels her stomach drop out because the description of life in "the Darkness" of India is so bleak and so irreparably stacked against those born in that Darkness, that a way out can hardly be imagined. The way out, so nimbly depicted by the narrator as the reason for his success, is egregious and SHOULD be unconscionable. But it is to Adiga's credit that by the time the novel comes to that point, the narrator has won the reader over, if not to the point of championing his act, at least to understanding his reasons. This is an excruciating, hilarious, brutal, wonderful read. No, those terms are not mutually exclusive. Read "The White Tiger" and see what I mean.

Hmmm....this one was a little bit different, not my normal type of read. An interesting look at Indian culture through the eyes of an ambitious man of a "lower caste". I'm not quite sure what the author was trying to depict in this story but there are certainly many issues to explore: is he trying to say that India is not the modernized country its leaders want others to believe? does the main character eventually become the type of man he despises via ambition? or is his climb in society more of an issue of survival? I was also struck by the lack of accountability by the wealthier classes in regards to...well, just about everything. The author does a phenomenal job of painting the cities and economic strife of India.