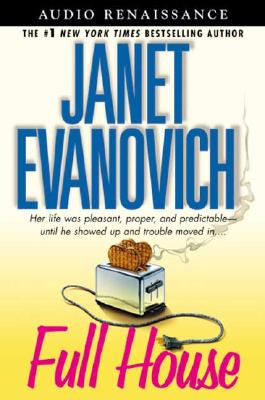 All Editions of Full House

I've always enjoyed 99% of Ms. Evanovich's books. This series I was having a problem with. I had never read the first book in the series and didn't know how the main characters came to know each other and how they were connected. I didn't realize the book about Nick and Billy was the start of the whole series. Once I got all of the book together at one time, it was great to reread them in the order they were written. I keep reading all of the books by Janet and her writing partners and enjoy them all.

This a delightful story with romance, laughs and mystery all in one. Billie Pearce meets her Polo instuctor Nick Kaharchek, ends up being lousy at polo. Nick is fascinated by Billie and comes up with a plan where she can rent a room to Nick's cousin Deedee prior to her wedding to a famous wrestler., and he can get to know her better. As she gets to know Nick she finds out that she is falling for him but is afraid to admit it as she sees herself as a plain Jane compaired to his former girlfriend. You have a mystery involving houses in her area being broke into, Nicks car being bombed. Nick having to search for Deedee brother who is a genius but on the strange side. There is enough romance, humor and suspence to keep you interested from start to finish. The characters are funny and lovable at the same time.