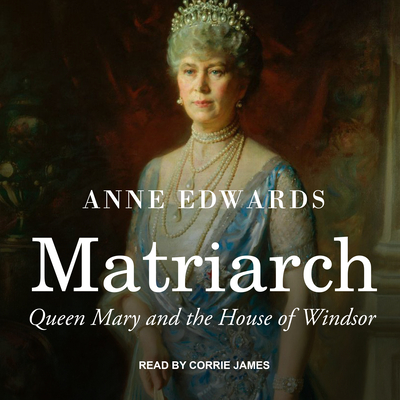 Matriarch: Queen Mary and the House of Windsor

Reprint of the Classic edition

All Editions of Matriarch: Queen Mary and the House of Windsor

The Reagans: Portrait of a Marriage

A Remarkable Woman: A Biography of Katharine Hepburn

The Duchess of Windsor: The Secret Life

This was a well researched book, with much
detail given to Queen Mary's life before and
after she married King George V. She was
Duchess of York, Princess of Wales and
finally Queen. She traveled extensively during
her life as Duchess of York and Princess of
Wales. After she was widowed, and during
world war II, she made herself useful living in
the country. She died shortly before the coranation of Queen Elizabeth II, and let it be
known if she died before the coranation, not
to postpone it. She was the most loyal
subject of the British Monarchy of her time.