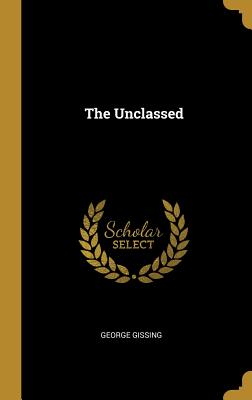 This work has been selected by scholars as being culturally important, and is part of the knowledge base of civilization as we know it. This work was reproduced from the original artifact, and remains as true to the original work as possible. Therefore, you will see the original copyright references, library stamps (as most of these works have been housed in our most important libraries around the world), and other notations in the work. This work is in the public domain in the United States of America, and possibly other ... Read More

This work has been selected by scholars as being culturally important, and is part of the knowledge base of civilization as we know it. This work was reproduced from the original artifact, and remains as true to the original work as possible. Therefore, you will see the original copyright references, library stamps (as most of these works have been housed in our most important libraries around the world), and other notations in the work. This work is in the public domain in the United States of America, and possibly other nations. Within the United States, you may freely copy and distribute this work, as no entity (individual or corporate) has a copyright on the body of the work. As a reproduction of a historical artifact, this work may contain missing or blurred pages, poor pictures, errant marks, etc. Scholars believe, and we concur, that this work is important enough to be preserved, reproduced, and made generally available to the public. We appreciate your support of the preservation process, and thank you for being an important part of keeping this knowledge alive and relevant. Read Less

All Editions of The Unclassed

Letters of George Gissing to Members of His Family

Victim of Circumstances, and Other Stories

The Crown of Life

Although little-known today, George Gissing's (1856 - 1903) second published novel "The Unclassed" deserves to be read and remembered. The book was written in 1884 and published as a three-decker novel for which Gissing received the paltry sum of 30 pounds. In 1895, when he had received some recognition as a novelist, Gissing edited "The Unclassed" by cutting about one-third of the initial text and writing a short Preface. Although it seems to me the weaker of the two versions, the second edition of "The Unclassed" is virtually always used when the book is reissued.

The novel was an ambitious effort for a young struggling writer of 26, with broad themes of love, friendship, social alienation, and urban life. It includes powerful scenes of the slums of Victorian London and a treatment of prostitution which, for its day, was frank and explicit. Much of the novel is autobiographically based, but the reader new to Gissing would be well advised to approach it simply on its own ground. The two primary male characters in the book Osmond Waymark and Julian Casti are young, bookish and aspiring writers. They are both lonely and meet through a personal ad for companionship that Waymark had placed in the paper. The men led a bohemian type of life, spurning and yet envying middle-class security, stolidity and respectability. Casti has ambitions of writing a long poem about ancient Rome while Waymark wishes to describe the life of the poor around him. Waymark had began as a radical and an advocate for social change but, in part under the influence of Schopenhauer, had abandoned any form of activism. Waymark aspires to write solely for the beauty of art. As are many people today, Waymark is skeptical of established values and a relativist.

With all this, "The Unclassed" is primarily a love story. Waymark is torn between two women, the conventional, prim and religious Maud Enderby and Ida Starr. Ida is working as a prostitute when Waymark meets her. The two establish a friendship as Waymark brings her books and encourages Ida's interest in educating and uplifting herself. Casti is manipulated into marriage by a woman named Harriet Smales who also is a prostitute. But in contrast to Ida, Harriet is lowlife. She ultimately destroys both Casti's manuscripts and his life and bears false witness to send Ida Starr to six months in prison. With his terrible marriage, Casti also falls in love with Ida, one of the love interests of Waymark, provoking both Waymark's and Harriet's jealousy.

The novel is at its best in the portrayals of the squalid parts of London, where Waymark takes work as a collector of rents to support himself while he writes his long novel, including the filthy tenements and the sordid bars. Gissing also has a sense for portraying viciousness in the persons of Harriet and Smiley, a denizen of the slums. The book also shows bohemian literary life as it describes long conversations into the night between Waymark and Casti on art, philosophy, and literature. Both Waymark and Casti are inveterate walkers at all hours of the London streets, and Gissing captures their endless ramblings through the city. Although restrained to meet Victorian expectations, there is much discussion in this book about middle-class sexual standards and expectations and about prostitution in the persons of Ida, Harriet, and some other women. In the best-known scene of "The Unclassed", Ida Starr immerses herself in the ocean on a dark night during a brief holiday in the hopes of cleansing what she sees as the stain of her way of life and beginning anew.

The book is frequently criticized for its idealistic, romanticized portrayal of Ida Starr. Gissing seems all-to-ready to assume her ability to rise in a short time to a high emotional and intellectual level given the life in which she finds herself. The book also appears conflicted between its apparent goal of taking a realistic, dispassionate look at slum life on the one hand, and the preaching, didactic, and idealistic elements which permeate the story. The book moves uneasily between a realistic novel and a novel of ideas. But these conflicts are also part of the book's, and the author's, unique strength and character. This form of divided sensitivity is still prevalent for many and is a source of the fascination and passion that a group of readers still has for Gissing.

In 1884 under pressure from his publisher, Gissing rewrote the final section of his novel to give it a somewhat positive ending. Then, in 1895, Gissing shortened the book. In his Preface, Gissing wrote that the "book was written and sent forth a long, long time ago" and that the themes and attitudes which had so troubled the book's early readers had become reduced in significance with time. Gissing also explained the term "unclassed" in the book. He wrote "Male and female, all the prominent persons of the story dwell in a limbo external to society. They refuse the statistic badge - will not, ..... be `classed and done with.'"

Readers who become fascinated with Gissing or with "The Unclassed" will want to read the work in the original 1884 edition which, for all its prolixity, tells a fuller, more convincing story.
But it is fortunate that this work, in either edition, remains available to be read and savored by those readers wanting to engage with Gissing.