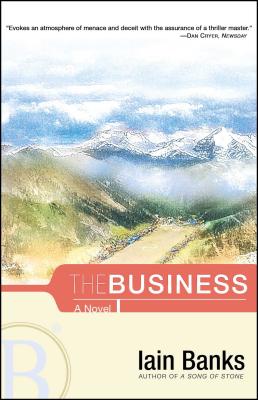 All Editions of The Business

Raw Spirit: In Search of the Perfect Dram

The State of the Art

A Song of Stone

I'm not sure what possessed me to pick this book up, except perhaps the description of the book as a corporate satire about a company that goes back to Roman times that essentially has its finger in every conceivable industry around the world.

The most interesting part of the story is that it's told by the main character, Kathryn Telman. Her voice is a good one, acerbic and intelligent and - at least from this guy's perspective - honest. It sounds like a woman, albeit an edgy one with a vocal lack of maternal instinct. (And in truth, her love for another character never wholly rings true, as if this was difficult for Banks to pull off so he just largely avoided it, despite it being a major plot point.)

The downside of the book is...the plot is very flimsy. It's a clever book, and the plot is there - but it is held together loosely and involves some characters we don't see enough to understand their relevance. In some ways, this might have even worked better as a movie than a book for that reason, and that's probably not a great compliment.

Enjoyable? Yes. Would I read another book by Banks (who, I've discovered, is much more known for science fiction)? Probably not.