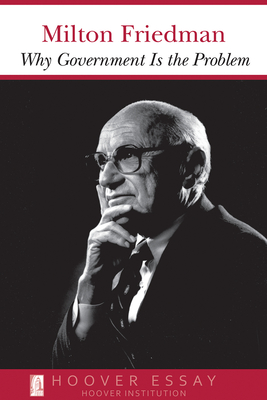 Why Government Is the Problem, Volume 39

Free to Choose: A Personal Statement