Building upon South of the Border's (1964) Top Ten success, Herb Alpert dismissed the contingency of Los Angeles-based studio instrumental all-stars, which he had christened the Tijuana Brass. Because there was enough demand for live dates, just like a musical Gepetto, Alpert formed a real Tijuana Brass. The bandleader/trumpeter was joined by Tonni Kalash (trumpet), Robert Edmondson (trombone), Pat Senatore (bass), John Pisano (guitars), Lou Pagani (piano), and Nick Ceroli (drums). Ostensibly, the personnel wasn't a primary consideration as Alpert and company had already begun making serious inroads on the pop music scene. Not bad, considering the market was being heavily infiltrated, if not practically dominated by the British Invasion. With Whipped Cream & Other Delights (1965), they would take that momentum to new heights -- including three Grammy Awards alone for the update of the Bobby Scott and Ric Marlow-penned theme to Shelagh Delaney's play of the same name, "A Taste of Honey." The remainder of the material on the dozen-song album was chosen with food as the underlying thematic motif. Sol Lake -- who provided Alpert "The Lonely Bull" and "Mexican Shuffle" returns, and this time he has custom-made the upbeat and, above all, catchy trio of "Green Peppers," "Bittersweet Samba," and "El Garbanzo." Allen Toussaint's title composition "Whipped Cream" garnered significant attention, but not as a chart hit. Rather, it could be heard as bachelorettes were being introduced on ABC-TV's The Dating Game . Early in the series run, additional Alpert offerings were also incorporated as incidental music: "Spanish Flea," as the bachelors were being announced, "Lollipops and Roses," when the lucky winners were being told where they would be spending their date, and both "Ladyfingers" and "Lemon Tree" were in rotation as contestants mulled over their answers.After several poor analogue-to-CD transfers in the '80s and '90s, Whipped Cream & Other Delights was reissued as part of Shout! Factory's Herb Alpert Signature Series and boasts remarkably improved sound. [The CD was also released with two previously unreleased bonus tracks, "Rosemary" and "Blueberry Park," which are denoted as "unused studio session masters."] ~ Lindsay Planer, Rovi Read Less 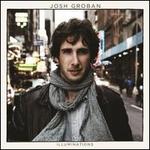 The Mozart Effect - Music for Babies, Vol. 1: From Playtime to Sleepytime