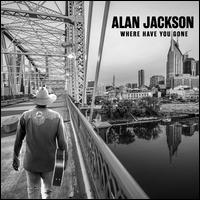 Where Have You Gone is the kind of album a veteran artist releases after taking an extended break, a record so stuffed to the brim with new material it can seem like a bit of a flex of strength. Alan Jackson doesn't really do grand gestures, though. He specializes in subtlety and ease, qualities he hardly abandons on Where Have You Gone, a double album that arrives nearly a full six years after his slow-burning Angels and Alcohol. What distinguishes Where Have You Gone is its sheer heft. Jackson doesn't branch out into new territory; rather, he touches upon every one of his signatures: sentimental ballads with an undercurrent of faith, drinking tunes, snappy country-rockers, songs about family, bittersweet memories, and a tip of the hat to his idols. He wrote the lion's share of the 21 songs on Where Have You Gone -- a notable exception is an affecting cover of the late Merle Haggard's "That's the Way Love Goes," available on the deluxe edition of the album -- and it's striking how sturdy they are, both individually and as a collective. Perhaps they feel cozy, yet their familiarity winds up as an attribute: Jackson knows himself so well as a singer and songwriter that he doesn't shy from his strengths, he writes songs to showcase his smooth, supple voice and love of old-fashioned country. The simplicity of his goals means Where Have You Gone might seem a bit modest even at its oversized length, but that's also its charm. Jackson isn't flashy, he's reliable, a quality that turns out to be a virtue as he glides into his fourth decade as a recording artist. ~ Stephen Thomas Erlewine, Rovi Read Less 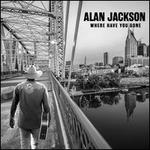