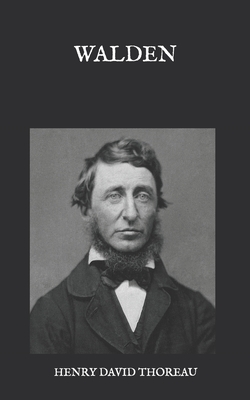 Live in each season as it passes; breathe the air, drink the drink, taste the fruit, and resign yourself to the influence of the earth. This beautiful jacketed hardback edition presents the incredible memoir of Henry David Thoreau - a man who left his home town to live a contemplative life in the tranquil wilderness of Walden Pond. During his two years there, he diligently chronicled his observations. Walden blends natural history with philosophy, taking an insightful look at human solitude and our affinity with ... Read More

Live in each season as it passes; breathe the air, drink the drink, taste the fruit, and resign yourself to the influence of the earth. This beautiful jacketed hardback edition presents the incredible memoir of Henry David Thoreau - a man who left his home town to live a contemplative life in the tranquil wilderness of Walden Pond. During his two years there, he diligently chronicled his observations. Walden blends natural history with philosophy, taking an insightful look at human solitude and our affinity with the natural world. In its rejection of materialism and embracing of self-sufficiency, this book remains a highly regarded work of transcendentalism, environmentalism, and individual enlightenment. Despite being published over 150 years ago, Walden remains pertinent in the modern society. This collector's edition features a dust jacket and new cover design, refreshing this defining work of American liberalism. ABOUT THE SERIES: Arcturus Silhouette Classics are high-quality hardback editions with contemporary cover-designs. Presented with dust jackets and beautiful colour end-papers, the titles in this series make wonderful gifts or collectibles for any classic literature lover. Read Less

All Editions of Walden

Walden or Life in the Woods

Henry David Thoreau (1817 -- 1862) lived at Walden Pond, Massachusetts from July, 1845 -- September, 1847, in a cabin he built himself on a tract of land owned by his friend, Ralph Waldo Emerson. He was two miles from Concord, Massachusetts and one mile from his nearest neighbor. A railroad passed near the pond, and it was frequented regularly by farmers, hunters, picnickers, and others. During the two years, Thoreau left Walden Pond at times to visit friends in Concord, to lecture, and to visit other ponds and sites in the area. He made no pretense of being entirely isolated. In his book, Walden, published in 1854, Thoreau described the first year of his life at Walden Pond (he tells us that the second year was much the same) and his reasons for living there. Much of the book was written at Walden Pond, and Thoreau also wrote other works there.

The book is short but it is written in a dense, difficult and condensed style with many long, complex sentences. It is also highly allusive and shows Thoreau's learning in classical literature and his interest in Eastern thought and religion. It is filled with many short, pithy, and provocative comments which have become proverbial in American literature.

In the opening and closing chapters of the book, Thoreau describes his motivations for living at Walden Pond and abandoning the life of commerce. For Thoreau, most people are owned by their possessions. He saw a need to live with little encumbrance in order to understand himself and find inner peace. "Simplify, simplify, simplify" was his goal. In one of my favorite sentences of the book, he states (p. 67) "I went to the woods because I wished to live deliberately, to front only the essential facts of life, and see if I could not learn what it had to teach, and not, when I came to die, discover that I had not lived." Then, towards the end of the book, Thoreau recounts some of the lessons he had learned in the following passage:

"We should be blessed if we lived in the present always, and took advantage of every accident that befell us, like the grass which confesses the influence of the slightest dew that falls on it, and did not spend our time in atoning for the neglect of past opportunities, which we call doing our duty. We loiter in winter while it is already spring."(p/253)

In the middle sections of the book, Thoreau describes his life in the woods, again with recognition of his substantial interactions with other people during the time. (He was not a hermit.) He describes the books he read, his activities at his cabin, Walden Pond and woods, the changes of the seasons, and the plants and animals. The pond and its creatures are described with great detail, but Thoreau gives even more attention to internalizing his experiences and explaining their significance to his readers.

Scott Miller's beautiful photographs of Walden Pond add a great deal to this edition. They are well-placed to correspond with the discussion in the text, and they illuminate Thoreau's descriptive passages. The photographs, and the book itself, brought back reading and visiting memories and made me want to see Walden Pond again.

But much as Walden is revered for its descriptions of nature, the book remains for me primarily internalized and introspective. Thoreau has many polemical things to say which will not, and should not, appeal to all readers. But the book documents the effort of an individual to try to understand his life, to reflect, and to understand change. As I have suggested, it is not an anti-social book as Thoreau was never far removed from friends and company. But it is a book about understanding one's life and learning not to be afraid of solitude or of being with oneself.

A classic of 19c American literature - Thoreau's account of living in the woods in a cabin which he built himself, written with great clarity and giving a very detailed picture of his observations and impressions
This edition (Oxford World's Classics) has an excellent introduction and very full notes.
The copy from Alibris was in excellent condition and as usual with Alibris very well packed.
Strongly recommended.

This book gives you a whole new perspective of life and present society. The author shares his thoughts and views of pretty much every aspect of life, disapproving of some of man's doings while recognizing the necessities of man. He also admires the greatness of Nature as he describes his time of solitude spent in the woods. A nice book for those who'd like to take a look at life differently and are open to new ideas...

When I retired two and a half years ago, I started a reading program which I had designed, trying to read as many of the so-called ?great or classic? books of the past few hundred years. I hate to admit defeat, but Thoreau?s ?Walden? left me so bored I finally gave up and put it away. I found it to be the very uninteresting ramblings of an opinionated man. I have read a large number of period books in the past few years. That was the only book that I could not complete.

Interesting and informative. Make's you think you are there!