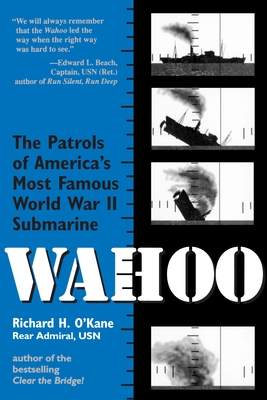 The USS Wahoo's performance in sinking Japanese ships in the farthest reaches of the empire is legendary. Read More

The USS Wahoo's performance in sinking Japanese ships in the farthest reaches of the empire is legendary. Read Less

All Editions of Wahoo: The Patrols of America's Most Famous World War II Submarine

Red Scorpion: The War Patrols of the USS Rasher

by Eugene B Fluckey

Clear the Bridge!: The War Patrols of the U.S.S. Tang

Wahoo- by her ex- executive officer

I enjoyed the book very much, but I missed some things that were discussed in other books, notably the concern and almost rage that Dudley "Mush" Morton exhibited about torpedo malfunctions and defects. I seem to remember a "torpedo testing" incident that occurred in a Japanese harbor where several torpedos were fired at vessels tied to piers and the results photographed and logged, finally climaxed by a destroyer tied to one pier going to battle stations and casting off to look for Wahoo, and ending up with Morton's famous "down the throat" shot and subsequent escape out of the harbor, while the Japanese searched for them without results after the grand melee.

I am almost sure this was a "Wahoo" incident, if my memory doesn't fail me.

Superb book as told by someone who was there. Gives insights to Mush Morton and various crew members. Not just a fact sheet but told the stories of human beings and how they thought and reacted to situations in combat. Highly recommend.