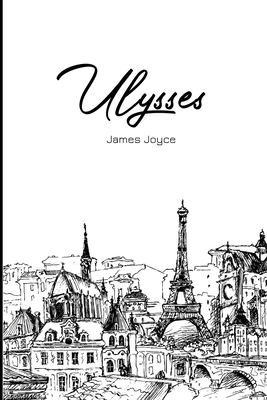 Written over a seven-year period, from 1914 to 1921, this book has survived bowdlerization, legal action and controversy. The novel deals with the events of one day in Dublin, 16th June 1904, now known as "Bloomsday". The principal characters are Stephen Dedalus, Leopold Bloom and his wife Molly. "Ulysses" has been labelled dirty, blasphemous and unreadable. In a famous 1933 court decision, Judge John M. Woolsey declared it an emetic book - although he found it not quite obscene enough to disallow its importation into the ... Read More

Written over a seven-year period, from 1914 to 1921, this book has survived bowdlerization, legal action and controversy. The novel deals with the events of one day in Dublin, 16th June 1904, now known as "Bloomsday". The principal characters are Stephen Dedalus, Leopold Bloom and his wife Molly. "Ulysses" has been labelled dirty, blasphemous and unreadable. In a famous 1933 court decision, Judge John M. Woolsey declared it an emetic book - although he found it not quite obscene enough to disallow its importation into the United States - and Virginia Woolf was moved to decry James Joyce's "cloacal obsession".None of these descriptions, however, do the slightest justice to the novel. To this day it remains the modernist masterpiece, in which the author takes both Celtic lyricism and vulgarity to splendid extremes. It is funny, sorrowful, and even (in its own way) suspenseful. And despite the exegetical industry that has sprung up in the last 75 years, "Ulysses" is also a compulsively readable book. Read Less

All Editions of Ulysses

A recent article in the New York Times Book Review called "Ulysses" overrated, and indeed it is. James Joyce is full of erudition, secret jokes, cleverness, and allusions. But do we really benefit from reading it? Does it grip you? Do you feel for the characters? Or did you read it because it was required reading in a literature class? Incidentally, when the book first appeared, the New York Times Book Review gave "Ulysses" a bad review. It was right then. "Ulysses" is a feat, but that doesn't make it important or even good literatrure. Be skeptical about what those English professors say. Just because they read it doesn't mean you have to.

A Joy to Savor

Ulysses...I don't read it to be pretentious or for anything but to savor a great and entertaining trip through Dublin with two of the most likeable guides ever written, Stephen and Leopold (Poldy). I love every chapter, even if Nighttown makes my head spin. Stephen the young artist looking to find his way and fight off the ties binding him to poverty and failure; Poldy, a man who's been beaten down by the world but never loses his joy in life and his kindness to all. I won't get fancy...Others have written brilliant essays on this book and I would recommend reading them...But I would say, you cheat yourself if you don't read this book cover to cover, slowly and carefully. It's a readable work if you give it attention and it's worth the effort.

Worth Every Bit of Work

This book is tough, and I strongly recommend a companion text such as "The New Bloomsday Book" by Harry Blamires. "Ulysses" is the story of Stephen Dedalus and Leopold Bloom as a modern day "Odyssey" and is one of the richest texts I have ever encountered. The stream of consciousness technique Joyce employs is hard to get used to if you haven't read "A Portrait of the Artist as a Young Man", but it really gets you inside the character's head. In short: read this book!

It should be said first of all that James Joyce's Ulysses is a comic masterpiece. If it employs modernist experimental techniques such as interior monologue, stream-of-consciousness, multiple narrative styles, a mythic subtext that parallels Homer's Odyssey, and a daunting modernist difficulty in tracing the intersecting patterns of its three main characters, Stephen Dedalus, Leopold Bloom, and his wife Molly Bloom on a single day in Dublin (now celebrated there as Bloomsday), it's also often incredibly funny and imparts to the reader the characters' internal--both mental and bodily--sensations as they navigate through this day.

Dedalus, the protagonist of Joyce's Portrait of the Artist as a Young Man, is close to Joyce's surrogate, and the novel opens with Dedalus living in the Martello Tower outside of Dublin where the author once lived. His companion Buck Mulligan is given to rather gross epithets: "The snotgreen sea. The scrotumtightening sea." In contrast, Dedalus favors the philosophical and literary: "ineluctable modality of the visible."

Both Leopold and Molly Bloom are more earthy figures and their interior monologues are accordingly so, which is why Ulysses was brought up on obscenity charges and eventually cleared of them (clearly, the novel isn't to everyone's taste; Virginia Woolf found it vulgar). There is a sense in both characters of an acknowledgment of the corporeal, the fleshy, the riotous material world of objects.

Of course Molly Bloom's soliloquy that ends the novel is the most notorious example: "O that awful deepdown torrent O and the sea the sea crimson sometimes like fire and the glorious sunsets and the figtrees in the Alameda gardens yes and all the queer little streets and pink and blue and yellow houses and the rosegardens and the jasmine and geraniums and cactuses and Gibraltar as a girl where I was a Flower of the mountain. . .and yes I said yes I will Yes."

No question it's a daunting read; Stuart Gilbert's critical study James Joyce's Ulysses would be helpful to have on the bedside table. On the other hand, it's quite possible that postmodern fiction, which has incorporated and taken for granted modernist experimentation, and cinematic devices of the French New Wave like the jump cut have made this early 20th century text a bit more approachable.

As novelist Anthony Burgess observed, even masterpieces can have arid patches, and the parody of a Jesuitical interrogation, for example, dragged on this reader. There are parts that are a slog. And in the interest of full disclosure, this reviewer has read the novel only once and roughly 30 years ago--I've probably read more critical studies--but at the same time that first and only reading was vivid and unforgettable as a flame in the mind: the Nighttown sequence, Bloom's encounter with Bertie MacDowell at the seashore, and yes Molly Bloom's soliloquy. Joyce renders the fragmentation of modern consciousness, and encapsulates a world in one day. Surrender yourself to Ulysses and you'll undergo a sea-change. And by the way, it's often a hoot.