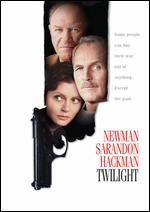 The Nobody's Fool (1994) team of Paul Newman, director Robert Benton, and scripter Richard Russo reassembled for this L.A. detective drama, beginning with a Puerto Vallarta prologue showing private eye Harry Ross (Newman) accidentally shot by 17-year-old Mel Ames (Reese Witherspoon) during his efforts to get her to return home. Two years later, the broke and divorced Ross lives in a garage apartment on the estate of Mel's parents, his movie-star friends Jack and Catherine Ames (Gene Hackman and Susan Sarandon). The cancer-ridden Jack is not unaware that Harry is attracted to Catherine. Delivering a package for Jack, Harry encounters elderly Lester Ivar (M. Emmet Walsh), who shoots at Harry and then dies. Harry's curiosity is provoked when he discovers that Ivar was an investigator checking into the disappearance of Catherine's first husband, written off 20 years earlier as an unsolved case, but now reactivated as Harry's sleuth-work leads him on a trail of past crimes and cover-ups. The Ames residence is actually the former Cedric Gibbons-Delores Del Rio home, and a never-completed Frank Lloyd Wright house near Malibu served as the Ames' ranchhouse. Bhob Stewart, Rovi Read Less 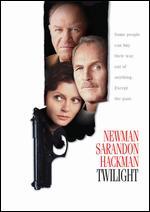 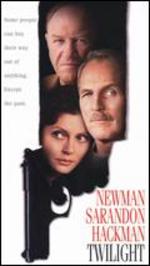 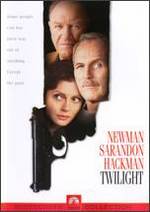 All Releases of Twilight 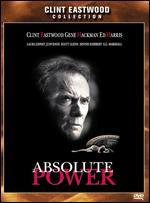 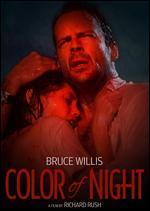 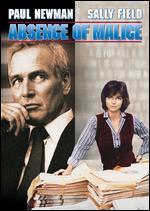 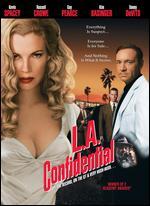 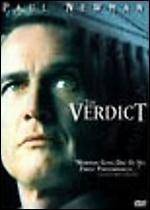 Retired policemen abound with past their prime Entertainment big wigs. Well shot angles, lighting, set usage, locations, fair dialogue. some good suspense and who done it posings, subplots, action (yes 80 yr olds can still move around a stage set.) So, the time to sit and appreciate the level of contributions from some of Hollywood's better ployers of the trade is worth it.
Clint Howard is in this! We see his face for all of 1 second and it must be him (because he's cast credited) that utters the line "Watch the walls" while wheeling a gurney. M. Emmet Walsh has a very suspenseful role, but catch it quick, it doesn't last long.

The DVD I watched had no special features worth noting. Of note is, as said above, the gathering of Newman, Hackman, Garner, Walsh, Sarandon Witherspoon and even Clint H together is a reason for enjoyment.