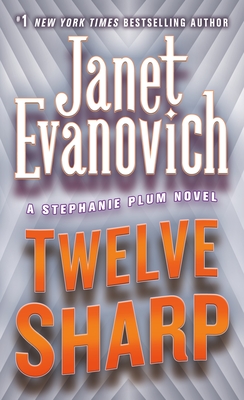 All Editions of Twelve Sharp

One for the Money

S Is for Silence

Another good one in the continuing saga of Stephanie Plum.

Best one so far

This was the very best of the series so far. Finally a little more insight into "Ranger".

Janet Evanovich continues to write zany and hilarious stories about Stephanie Plum... much to my enjoyment! What a great book... keep it up, Janet!

I sent this and the rest of the series to my niece in New York and she can't stop raving about them. The same can be said for all the others to whom I have recommended this series. They are so funny and easy to read. You can't find a better way to pass a few hours than with Stephanie, Grandma Mazur, Lula, Ranger and Joe! Twelve Sharp is my favorite of the series so far and I have read them all!

I thoroughly enjoyed the entire Stephanie Plum series! Twelve Sharp was another funny, funny mystery. The language is a bit tart, but I didn't find it offensive. Evanovich is a marvelous author. The story line is such that when you start the book, you hate to put it down for any reason until it is finished!!!
By all means Read, Enjoy!!!!!!!!!