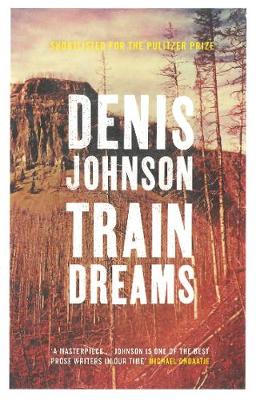 Robert Grainer is a day labourer in the American West at the start of the twentieth century-an ordinary man in extraordinary times. Shipped by train in 1893 unto the woods of the Idaho panhandle, he grows up, works on logging gangs, falls in love, and loses his wife and baby daughter to a particularly pernicious wildfire. Derailed by the loss of his family, Grainer struggles to make sense of this strange new world. As his story unfolds, we witness both his shocking personal defeats and the radical changes that transform ... Read More

Robert Grainer is a day labourer in the American West at the start of the twentieth century-an ordinary man in extraordinary times. Shipped by train in 1893 unto the woods of the Idaho panhandle, he grows up, works on logging gangs, falls in love, and loses his wife and baby daughter to a particularly pernicious wildfire. Derailed by the loss of his family, Grainer struggles to make sense of this strange new world. As his story unfolds, we witness both his shocking personal defeats and the radical changes that transform America in his lifetime. Suffused with the history and landscapes of the American West Train Dreams captures the disappearance of a distinctly American way of life. Read Less

All Editions of Train Dreams

The Largesse of the Sea Maiden: Stories

Each year for the Fourth of July I try to write a review that captures something of the spirit of the day. Earlier this year, I attended a conference in Seattle and took a cross-continental train trip home from Seattle to Chicago to Washington D.C., travelling through the Northwest on Amtrak's Empire Builder. This train trip offers an unforgettable view of the wildness and breadth of our country. I had recently read novels involving American history and railroads which took a sour, dim view of the United States and its history. What better way to counter that prevailing contemporary skepticism than by reading a book with a different perspective? Thus I read this short novel "Train Dreams" by Denis Johnson (1949 -- 2017) after taking a detour through Johnson's earlier and more famous book "Jesus' Son". "Train Dreams" is set primarily in northern Idaho and Montana, north of the route of the Empire Builder through these states; and it offers a train-window view of the development of the United States from the late 19th century to the mid-20th century.

This novella is a series of poetically-written vignettes about the life of its primary character, Robert Granier. Granier's parents and place of birth are unknown, but he found himself as a child and lived his life in the northwest, mostly in the northern part of the Idaho panhandle near Bonner's Ferry. Granier lived the life of a laborer, lumberjack, builder of railroad bridges, and teamster, dying in the 1960s.

The book offers scenes from Granier's life intertwined with the ongoing development of the region which would make lives such as Granier's impossible. The book shows some of the prejudices and violence of the region which would haunt Granier for life. It also shows hard work in the forests and along the rivers that would turn the area into a place of settlement and ultimately into a community. In the story, Granier marries at 32 after acquiring a one-acre plot. Four years later, his wife and daughter die in a forest fire. Grainer is heartbroken but carries on. Ultimately, he rebuilds on his plot and lives the life of a laborer and loner over the remainder of his 80 year life. Johnson's novel shows Granier at work, in his relationship with others, in his companionship with dogs, and in his learning something about the development of his country, including encounters with airplanes, highways, film, and Elvis Presley. He also has moments of preternatural mystery.

Grainer never remarries but largely keeps to himself in the woods. He is sad and lonely but independent. He comes to terms with his life while contributing to the development of the modern culture he only dimly understands. Johnson describes Grainer's life in the following passage late in the book.

"Grainer himself lived more than eighty years, well into the 1960s. In his time he'd traveled west to within a few dozen miles of the Pacific, though he'd never seen the ocean itself, and as far east as the town of Libby, forty miles inside Montana. He'd had one lover -- his wife Gladys -- owned one acre of property, two horses, and a wagon. He'd never been drunk. He'd never purchased a firearm or spoken into a telephone. He'd ridden on trains regularly, many times in automobiles, and once on an aircraft. During the last decade of his life he watched television whenever he was in town. He had no idea who his parents might have been, and he left no heirs behind him."

"Train Dreams" is a moving book about an American life and about an American place. The story shows something of American growth and of how the development of our country was intertwined with independence, sacrifice, loneliness, guilt and pain in language that is reflective and poetic. I enjoyed thinking about American independence on this Fourth of July by reading and writing about Denis Johnson's "Train Dreams".