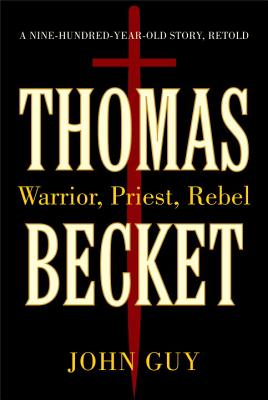 A revisionist new biography reintroducing readers to one of the most subversive figures in English history--the man who sought to reform a nation, dared to defy his king, and laid down his life to defend his sacred honor. Read More

A revisionist new biography reintroducing readers to one of the most subversive figures in English history--the man who sought to reform a nation, dared to defy his king, and laid down his life to defend his sacred honor. Read Less

Queen of Scots: The True Life of Mary Stuart

Mistress of the Monarchy: The Life of Katherine Swynford, Duchess of Lancaster

The Admirals: Nimitz, Halsey, Leahy, and King--The Five-Star Admirals Who Won the War at Sea

Ardennes 1944: The Battle of the Bulge

The Templars: The Rise and Spectacular Fall of God's Holy Warriors

One of the most interesting biographies of Becket

Not much had been published on Becket before the play by Jean Anouilh (1954) which was brought to the screen by Hollywood twenty years later (1974) with Richard Burton and Peter O'Tool.
Since then, several books have been published - mostly in French or by British writers. This one is certainly the most comprehensive and the best of all. John Guy has written this biography in such a way that the average American reader can get "the whole story". Thomas Becket is a very complex individual. His father Gilbert attended the Crusades, then went over to England with William the Conqueror... Thomas had an early friendship with King Henry II. But when the King appointed Thomas as Archbishop of Canterbury, Thomas warned the King that he could not serve two masters and would certainly chose to serve God and the Catholic Church if appointed to that high position by the King, which he clearly did. Thomas was not only an excellent priest, a bishop, a martyr and a saint for the Catholic Church, he was also a diplomat, a politician and even a warrior. In addition, Becket was a very international figure for his time, even for today. His life in exile is simply amazing, between the Pope and various political and religious figures of his time.
As an avid reader of all material on Thomas Becket - published or simply found in some religious libraries in European convents and monasteries - this biography by John Guy is certainly the one I would highly recommend to those interested in Becket as well as in the amazing History of his time in Europe. Simply brilliant !