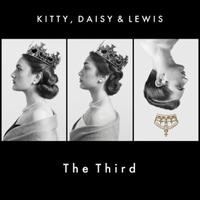 The third full-length album from Kitty, Daisy & Lewis, 2015's fittingly titled The Third, showcases more of the group's rootsy yet stylistically wide-ranging mix of rockabilly, ska, vintage-style R&B, and quirky old-school pop. The album follows the group's acclaimed 2011 effort, Smoking in Heaven, and features production from the Clash's Mick Jones. Early on in Kitty, Daisy & Lewis' career, the British siblings (whose parents are noted producer/guitarist Graeme Durham and former Raincoats drummer Ingrid Weiss) exhibited a penchant for covering classic rockabilly and country songs, a talent that got them pegged as a traditionalist or even revivalist roots band. The fact that they also looked the part in vintage '50s clothes, and eked out their charming lo-fi sound with a mix of acoustic and electric instruments and tube amps, only added to the misconception. Seven years on from their full-length debut, Kitty, Daisy & Lewis appear less as a neo-retro rockabilly or country act (although they certainly touch upon those styles) and more like an astute, genre-bending post-punk band from the '70s or early '80s. Think how Talking Heads combined their love of soul and disco into their own fractured new wave sound and you'll get a good idea of where Kitty, Daisy & Lewis are coming from. Which isn't to say that they aren't still a little bit rootsy -- or that they sound anything like Talking Heads, for that matter. On the contrary, cuts like the '60s ska-sounding "Baby Bye Bye" and the vintage Chicago blues-inflected "It Ain't Your Business" are devilishly purist in their execution, but still feel markedly current. Similarly, listen to the punk-funk thump of "Bitchin' in the Kitchen" or the roiling boogie-blues of "Feeling of Wonder" and your mind begins intersecting images of a '40s juke joint with a '70s basement punk show. Perhaps the best example of the trio's decade-crossing talent is "No Action," a wicked, sinewy, piano and string-driven feature for drummer/vocalist Kitty that simultaneously calls to mind the Vaselines, Amy Winehouse, and Nile Rodgers. Which is why bringing Jones on board ends up making so much sense. From his early days in the '70s D.I.Y. scene to his early-'80s reign with the Clash to his dub, dance, and electronic-infused years during the '90s and onward with Big Audio Dynamite, Jones has forged multiple careers by fusing disparate yet compatible musical styles together to make wholly new yet comfortably recognizable pop music. Ultimately, that's exactly what Kitty, Daisy & Lewis have done here. [Third was also released on LP.] ~ Matt Collar, Rovi Read Less 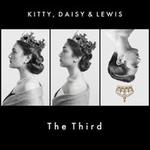 All Releases of Third [LP] 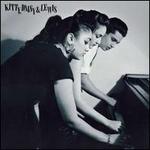