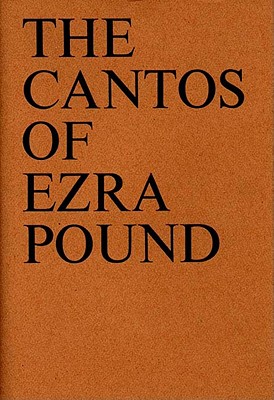 The cantos of Ezra Pound.

A Guide to the Cantos of Ezra Pound

A Companion to the Cantos of Ezra Pound

Ezra Pound's masterpiece still rings with grandeur almost a century after the early episodes were written. A high-modernist poet like his friend T.S. Elliot, Pound has a brighter outlook and a higher opinion of humanity, so his work is less dark and depressing. Pound believed poetry should be complicated and dense, requiring serious intellectual effort to understand. Though the allusions contained are so complex, abstract and disconnected as to render the Cantos practically meaningless to the casual reader, his language and imagery are as magnificent as any in the American Cannon. Highly recommended.