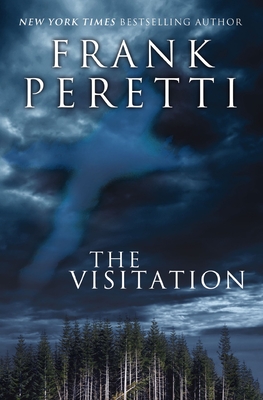 The sleepy, eastern Washington wheat town of Antioch has suddenly become a gateway for the supernatural--from sightings of angels and messianic images to a weeping crucifix. Then a self-proclaimed prophet mysteriously appears with an astounding message. Read More

The sleepy, eastern Washington wheat town of Antioch has suddenly become a gateway for the supernatural--from sightings of angels and messianic images to a weeping crucifix. Then a self-proclaimed prophet mysteriously appears with an astounding message. Read Less

All Editions of The Visitation

Oh my, what a story. There is definitely another invisible world around us. Frank Peretti has done it again. The suspense of the story keeps you glued to the very last page.
Thank you Alibris, you have gotten me back into reading, at reasonable prices.
Sheryl J

Woodworker was on the right track, but if he is going to read MONSTER, he will be sorely dissappointed.
The Visitation is pretty much what Woodworker said it was, but it was more a "fun" book than a serious book. There was definitely some fun stuff in it. How the new messiah (with three names) comes on strong at first healing people and makes his coming a news event. However, by the middle of the book he is losing it. People are becoming, well, if you want to read it I don't want to give away the middle, or the end. But just let me say, by the end the new messiah has fallen apart as has all of his "miraculous" works.
I have read better, but I have also read a lot worse. Pick it up for fun, and don't expect any hardcore religion with it.

If you've read Peretti's early works, (Darkness novels) this will be a dissapointing read for you. It has none of the suspense and anticipation of the former entries. I suppose we have a certain expectation of Peretti based on those early works, but it just isn't met in The Visitation. It starts slow, introduces a LOT of characters for you to keep track of, has an underwhelming lead character and antagonist, and ends rather frustratingly. The narrative is first person... sort of. Sometimes it's tough to tell how the narrator got the information about the other characters as he describes their experiences. He obviously wasn't there at the time of the incident he's describing, but he has knowledge of the details of the incident. It's often pretty irritating, and you have to go back and re-read paragraphs to figure out who's speaking at some points. I hate that in a book.
I haven't read "Monster" yet, but after "Visitation", I think I may check it out from the library rather than purchase it... just in case of another lackluster plot line. I've always enjoyed Peretti's work, until now - I mean, it's a read, but in my opinion, not one I couldn't put down fairly easily.