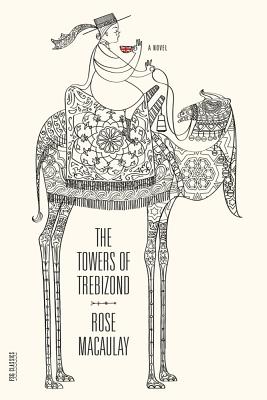 The Towers of Trebizond

This story describes the experiences of a group of people on a trip to Turkey. Aunt Dot is set on the emancipation of Turkish women through the encouragement of a wider use of the bathing hat, whilst Laurie's only object is pleasure. Read More

This story describes the experiences of a group of people on a trip to Turkey. Aunt Dot is set on the emancipation of Turkish women through the encouragement of a wider use of the bathing hat, whilst Laurie's only object is pleasure. Read Less

All Editions of The Towers of Trebizond

How it All Began

I Capture the Castle

After reading reviews by folks who gave 5 stars and nearly gushed with enthusiasm over The Towers I was prepared to be overwhelmed. Alas, dear reader, I was underwhelmed. (I wrote, in my How Green Was My Valley review, that I feared I would never be so impressed with any other book ever again---see, it's already happening.)
The begginning of the book did, however, overwhelm me with the ceaseless and excruciatingly detailed lesson on the Anglican church. Then the old Auntie and annoying priest disappear halfway along (thank god) and left me alone with the young woman and the camel (my favorite character in the book.) This is where I should have begun the book for it was delightful. Nice prose, nice landscape depiction and ancient history references. She has a bit of a lovely adventure overthere and eventually returns to jolly old England where, again, the editor abandoned the book. For some reason the woman goes on and on for pages about the Anglican church again and, even worse, wastes several trees worth of pages trying to train a monkey to drive, attend church and garden. Stupid nonsense that should have ended up on the editor's floor. I skipped it without losing anything.
What happend next made me irritable and I wanted a pair of gloves with which to smack the editor. What was she thinking? The book's tone had been extremely lighthearted up to then, downright silly at times. Then all the sudden, she springs an outtright tragedy wrapped up with a red (red, the color of the Scarlet Letter) bow. It was out of place and felt like 2 differently minded people argued about how the book would be written and then settled on sharing the work but not bothering about smooth transitions between the two's vastly different styles. In summary, it was a nice book, but should have had (seriously yall) half of it edited away. I put the book down frowning and annoyed. As the kids say, It harshed my dream mellow.