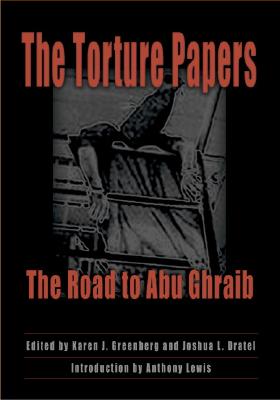 The Torture Papers: The Road to Abu Ghraib

Rogue Justice: The Making of the Security State

The Torture Debate in America

Reimagining the National Security State: Liberalism on the Brink

Act of Creation: The Founding of the United Nations

One Woman's Army: The Commanding General of Abu Ghraib Tells Her Story

Torture Team: Rumsfeld's Memo and the Betrayal of American Values

Administration of Torture: A Documentary Record from Washington to Abu Ghraib and Beyond

The Torture Debate in America

A thorough collection of the memos and government documents (from 2001-2006)that allowed the Bush administration to redefine torture and employ the abuse later discovered at Abu Ghraib, Guantanamo and the "dark sites," where "unlawful detainees" were subjected to "enhanced interrogation." When this text is combined with the pictures from Abu Ghraib (available online) and Greenberg's edited collection of essays, The Torture Debate in America, (2006), the reader gets a powerful and depressing picture of an administration that had no respect for either international treaty obligations and American laws.