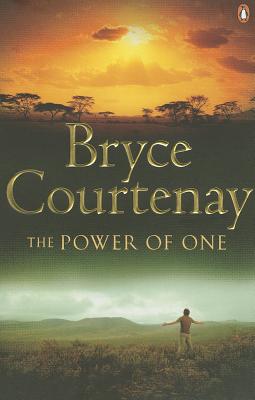 The Power of One

Set in South Africa in the 1940s, this is the story of Peekay, a young boy with one ambition - to become welterweight champion of the world. With the help of a boxing coach, he becomes a small but invincible fighter who champions the African people against the power of the Boer. Read More

Set in South Africa in the 1940s, this is the story of Peekay, a young boy with one ambition - to become welterweight champion of the world. With the help of a boxing coach, he becomes a small but invincible fighter who champions the African people against the power of the Boer. Read Less

All Editions of The Power of One

The Story of Danny Dunn

one of the very best books i have ever read, entertaining from end to end. you go on a journey with this book, you laugh and cry but come out at the end fully entertained

The only book i've read more than once!

A touching story of how a young boy endures the trials of racism, abandonment and violence. Inspiring!

This book is definitely in the top five of all the books I have ever read. Totally absorbing, it swings from humour to pathos in a manner which kept me spellbound. I am so looking forward to reading the sequel, Tandia

The story of "Peekay" is a coming of age saga set in South Africa after the Boer Wars, when apartheid was enforced. As a young child, when his mother suffers a nervous breakdown, Peekay is sent to live in a boarding school dominated by Afrikaans children, or Boers. Born English and raised by an Zulu nanny, Peekay identifies with two groups of people that the Boers hate and despise. He undergoes horrific bullying from the other children (this book is not for the squeamish) and becomes focused on survival tactics. When his mother recovers, Peekay takes a train ride home that changes the course of his life. He meets a railway boxing champion who instills in him an obsessive desire to become a boxer.

As he grows up, Peekay never abandons this goal, although it puzzles and frustrates many of his family, friends and acquaintances. He finds several mentors who become very influential in his life: a German music professor and naturalist, a schoolteacher, a local librarian and several different boxing coaches, one of whom is a black man he met in prison. Being quite intelligent and easily influential, Peekay finds himself being pushed by other people's visions for his future. Some want him to become a polished scholar. His mother wants him to be a pianist. Even his best friend has ulterior motives. No one really understands his driving need to box, and to be the champion.

This is a powerful book that deals with issues of racism, oppression and prejudice. It is moving and profound. The characters are vividly depicted through riveting scenes and well-written dialog. The descriptions of boarding school, prison life, and the world of boxing make it rich indeed. It does get a bit melodramatic at times, and the ending felt rather abrupt and unexpected. The one really strange thing about the book is that you never know the protagonist's real name; only his nickname "Peekay" which he gave himself. No one ever addresses him by his original name. Perhaps the author meant this to be an underscore for the message of the book: we can each find our own inner strength in individualism; and so we know the hero only by the way he identified himself.