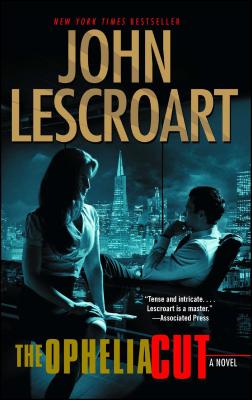 All Editions of The Ophelia Cut

The Rule of Law

The Gods of Guilt

A Plague of Secrets

Great plot, and thanks to the seller....good description of books condition.
I am very satisfied with it

A Powerful New Book by Lescroart:

John Lescroart is a man of rare talent; he has created some of the most intriguing characters in fiction. Dismas Hardy is my favorite; he is so human and humane. Defense attorney Dismas Hardy, lieutenant of homicide Abe Glitsky, district attorney Wes Farrell, PI Wyatt Hunt and Moses McGuire (owner of the Shamrock Bar and brother-in-law to Dismas) ? each breathes and suffers with personal and professional conflicts.

I was engaged from page one and could not put it down. Usually, Lescroart uses two or three of these protagonists in a book; but this story brings all of them together. The wry wit that hums through the dialog balances the serious issues examined and discussed.

The rape of Moses McGuire?s daughter, Brittany, starts a chain of events that could have horrible implications for them all. For the first time, the friendship of these men, who are at opposing ends of the legal system, comes into question. The head of the police department takes actions that hurtle the plot along to a stunning conclusion.

I hardly know what more to say; this tightly woven plot is intense and heart-rending. As another reviewer indicated, do not let this be your first John Lescroart novel. This is the 15th Dismas Hardy book and, although each book can be a standalone novel, this one can be best understood after reading one or more of his others. For your convenience, I?ve listed them below.

Frankly, I?m still processing this book in my mind; I haven?t been able to let it go. Lescroart certainly stirred up the status quo!