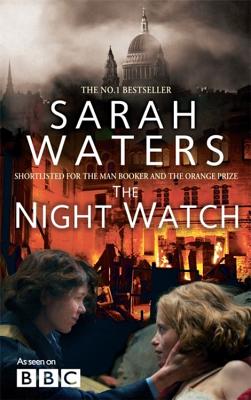 Moving back through the 1940s, through air raids, blacked out streets, illicit liaisons, sexual adventure, to end with its beginning in 1941, The Night Watch is the work of a truly brilliant and compelling storyteller. This is the story of four Londoners - three women and a young man with a past, drawn with absolute truth and intimacy. Kay, who drove an ambulance during the war and lived life at full throttle, now dresses in mannish clothes and wanders the streets with a restless hunger, searching ...Helen, clever, sweet, ... Read More

Moving back through the 1940s, through air raids, blacked out streets, illicit liaisons, sexual adventure, to end with its beginning in 1941, The Night Watch is the work of a truly brilliant and compelling storyteller. This is the story of four Londoners - three women and a young man with a past, drawn with absolute truth and intimacy. Kay, who drove an ambulance during the war and lived life at full throttle, now dresses in mannish clothes and wanders the streets with a restless hunger, searching ...Helen, clever, sweet, much-loved, harbours a painful secret ...Viv, glamour girl, is stubbornly, even foolishly loyal, to her soldier lover ...Duncan, an apparent innocent, has had his own demons to fight during the war. Their lives, and their secrets connect in sometimes startling ways. War leads to strange alliances ...Tender, tragic and beautifully poignant, set against the backdrop of feats of heroism both epic and ordinary, here is a novel of relationships that offers up subtle surprises and twists. The Night Watch is thrilling. A towering achievement. Read Less

All Editions of The Night Watch

Set in London during and after WW II (1941 -- 1947), Sarah Waters' novel "The Night Watch" is a story of unconventional love relationships and of how the heroic and the everyday combine in human life. The most immediately striking feature of this novel is its organization: the book begins with the most recent events and works back. Thus, the book is in three sections: the first is, set in London after the war in 1947, the second and longest section occurs during the bombing of London in 1944, and a concluding brief section takes place early in the Blitz of London in 1941.

The reverse chronological structure of the novel presents the characters in what is becoming the routine of daily life following the war. The protagonists are revealed slowly and by indirection, a sort of reverse foreshadowing. The first character introduced is an aggressive young woman, Kay, who lives in a rickety old house as a tenant of a Christian Science practitioner. Kay appears as a restless woman who has suffered a loss. She attends movies at odd times and at one point early in the book visits a friend, a boyish young woman, Mickey, who works at a gas station. Two women, Helen and Viv, work at a dating service. It quickly appears that Helen is romantically involved with a woman who writes suspense stories, Julia. Helen seems jealous and worried about Julia's faithfulness. Viv lives with her aging father, and her romantic attachments are unclear at first. She is involved in a long-term relationship with a married man and former soldier, Reggie. We also learn that Viv has a brother, Duncan, who was imprisoned during WW II for reasons not immediately made clear. Duncan is gay and lives with an elderly man who is a client of the healer where Kay is a tenant. During the first part of the book, we see the characters living their lives, with their loves and jealousies and simply trying to come to terms with the ordinary living that followed the war.

The dramatic heart of the book is the second section, set during 1944. There is vivid descriptive writing in this section of the horrors of the bombings of London late in the war and of how seemingly ordinary people behaved with heroism. Thus the characters introduced during the opening section of the book are shown as involved in the war effort as ambulance drivers, inspectors, and government workers. They exhibit great qualities of commitment and self-sacrifice frequently working at great danger to themselves. The book offers highly vivid details of a city on fire and under virtually constant attack. Besides showing the activities of the characters during the war, Waters reveals details of their inner lives that were only alluded to in the earlier section of the story. Most of the story centers upon lesbian relationships, portions of which are described with great sympathy and tenderness. Viv's relationship with her lover Reggie appears in a more chilling, unpleasant light. And Waters offers a portrayal of Duncan's life in a London jail, as it is being bombed or threatened with bombing, with his cellmate Robert Fraser, who, of course, plays a role in the continued role in the story in 1947. The short section of the book set in 1941 offers further important light on the lives and histories of the characters described in the opening section.

The organization of this book makes for confusing reading, but it succeeds on the whole. The book needs to be read carefully with the understanding that hints and obscure passages early in the text will become clearer as the story proceeds. At some cost of clarity and drama, the book unfolds effectively the characters' inner lives which helped them become the people they are in the final and earliest section of the story. We really don't know where life will take the characters, who have already seen much of it and are still young.

With the exception of the adulterous relationship between Viv and Reggie, the romantic focus on the book is on same sex relationships, primarily involving women. The author's heart and sympathies lie with these characters as she emphasizes their passions and the sometimes overlooked contributions they, along with other Londoners, made to surviving the war. Her treatment of these characters was done with dignity and, for the most part, can be understood without criticizing or questioning the attitudes of other people or polemicizing. The characters have their own lives and traits in the stress of war and in the everyday.

Water's has written an eloquent novel about how individuals of all personal characteristics respond to crisis times and then endeavor to carry on.