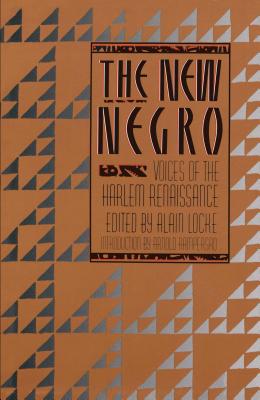 From the man known as the father of the Harlem Renaissance comes a powerful, provocative, and affecting anthology of writers who shaped the Harlem Renaissance movement and who help us to consider the evolution of the African American in society. With stunning works by seminal black voices such as Zora Neale Hurston, Countee Cullen, and W.E.B. DuBois, Locke has constructed a vivid look at the new negro, the changing African American finding his place in the ever shifting sociocultural landscape that was 1920s America. With ... Read More

From the man known as the father of the Harlem Renaissance comes a powerful, provocative, and affecting anthology of writers who shaped the Harlem Renaissance movement and who help us to consider the evolution of the African American in society. With stunning works by seminal black voices such as Zora Neale Hurston, Countee Cullen, and W.E.B. DuBois, Locke has constructed a vivid look at the new negro, the changing African American finding his place in the ever shifting sociocultural landscape that was 1920s America. With poetry, prose, and nonfiction essays, this collection is widely praised for its literary strength as well as its historical coverage of a monumental and fascinating time in the history of America. Read Less

All Editions of The New Negro

Plays of Negro Life: A Source-Book of Native American Drama

A Decade of Negro Self-Expression

The Negro and His Music

The Blacker the Berry

The Autobiography of an Ex-Colored Man

When Harlem Was in Vogue

No Need to Boycott this Book

Buy it. Locke's anthology is an astounding collection of the period and belongs in every Harlem Renaissance buff's personal library. Beware of misinformed reviewers. What is important to remember is that Locke was indeed black, NOT white, and that like so many other black writers of the Renaissance and the generations that came after them, broken relationships between former friends should never reduce the significance of their individual contributions. If we boycotted every book because of perceived "sellouts," we'd have very few books on our shelves.

Alain Locke's history with Langston Hughes began as friendly and supportive as friends should be, especially during the era of the Harlem Renaissance. However, their friendship and association in literature, mostly due to the financial support of a highly controlling white patron in New York (Locke was white as well), Hughes could not write what he grew into desiring to write. She funded his college education but also controlled all that he had written during the time she was Hughes and Locke's financial patron. As a result, Hughes broke lose from not only the patron's relationship but also Locke, who eventually served as a type of spy for his benefactor, carefully watching and documenting every trip, person and writings Hughes did as his political leanings went left during the early 1930s. Indeed, Locke would go as far as to manufacture reports of poems and books Hughes was writing as well as raising a dispirited reputation in the literary world on NY. Locke and Hughes never regained what was a prime relationship, one that benefited them both. Locke was insulted by Hughes' writings, believing that a number of the fictional characters reflected on him. That is partially true but, according biographical texts on Hughes, Locke manufactured so many lies he could have developed his own factory of false attacks and innuendos. Finally, Negro writers was a hip thing during those days. Locke and his benefactors wanted Hughes to produce an abundant amount of material about the Negro in America. Hughes eventually became far too radical for monied people in NY with Locke joining them despite the fact he belonged to the wealthy class as much as Hughes did. Locke could not survive without such wealth supporting his literary works as well as his deviousness. Yes, "The New Negro" includes Hughes as well as Zora Neale Hurston and others. Frankly, Hurston received money from the same patroness which eventually led to a falling out between her and Hughes. Hurston would continue receiving funding as she, too, would report on Hughes' whereabouts and growing radical writings. This book, with its contents revealing the voices of the Harlem Renaissance in the 1920s, is a step in the direction for students to learn about these writers. However, as a former teacher, K-12/LD and specialized reading instruction, and currently a poet, there are, today, far more edited literary work on the growth of "Negro" literature in the bold and bohemian decade called the Harlem Renaissance. Leave Locke out of it, entirely, giving Langston Hughes his due deserve of high recognition without others attempting to destroy his character (along with the FBI, American Intelligence, Soviet Intelligence, Japanese Intelligence and KKK/white supremacists calling themselves Vigilantes). As a collector of Hughes' work, this I ask of all who are considering purchasing this book. Look to people like Arna Bontemps and Faith Berry to provide an honest look at both Locke and Hughes. This book is not worth the money.