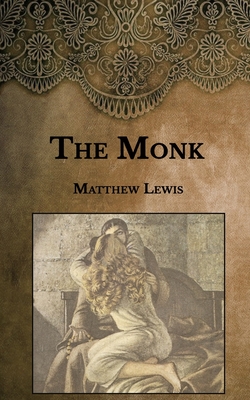 An original gothic masterpiece of madness, lust and terror. Dripping with dark and moody intent, Matthew Lewis introduces us to the sinful world of Ambrosio, a monk in an ominous Madrid monastery. The seemingly pious Ambrosio reveals himself to have a less than admirable character as he lusts after one of his students. Driven bored by the ease of his prey however, Antonio soon descends into performing unspeakable actions with the aid of witchcraft and violence. As the horror escalates, it seems the devil himself has had a ... Read More

An original gothic masterpiece of madness, lust and terror. Dripping with dark and moody intent, Matthew Lewis introduces us to the sinful world of Ambrosio, a monk in an ominous Madrid monastery. The seemingly pious Ambrosio reveals himself to have a less than admirable character as he lusts after one of his students. Driven bored by the ease of his prey however, Antonio soon descends into performing unspeakable actions with the aid of witchcraft and violence. As the horror escalates, it seems the devil himself has had a hand at every turn, steering Ambrosio down a pit of desolation where hopes of redemption diminish with every breath, every repulsive act...until Ambrosio is forced to face the very evil he commands. FLAME TREE 451: From mystery to crime, supernatural to horror and fantasy to science fiction, Flame Tree 451 offers a healthy diet of werewolves and mechanical men, blood-lusty vampires, dastardly villains, mad scientists, secret worlds, lost civilizations and escapist fantasies. Discover a storehouse of tales gathered specifically for the reader of the fantastic. Each book features a brand new biography and glossary of Literary, Gothic and Victorian terms. Read Less

All Editions of The Monk

Mistrust or Blanche and Osbright

Not a terrible book, but not for me

Matthew Lewis's "The Monk" is not without merit, and many people find it a gripping read. I, however, will probably never pick it up again, having read it once for my Gothic literature class. While many of the supporting characters are interesting and the examinations of superstition and pride are thorough (not to mention rather damning), the book left a bitter taste in my mouth. This mainly stems, I believe, from the book's attitude towards the actions of Ambrosio, that fallen monk of the title, who descends to the lowest depths when presented with temptation. There was just the slightest indication that the reader was to be titillated by his terrible lusts and desires. To an extent, that's fine; it's what the whole book is about, after all. But at a certain point it crossed the line where those indications should end. As he is succeeding in his horrific crime, I still felt like the book was cuing me to remain "thrilled" in my disgust. I found it jarring and it took me out of the action.
So...really, my problem with the book is mostly tonal in nature. Many other readers don't get the same thing from it, so I certainly would not say it's a fatal flaw. It just tripped the wrong wire in me.

this books seems perfect just by the cover due to the fact i love horror books!! and im definately searching for more!!

This bizarre Gothic romance retains the power to make us squirm hundreds of years after its most dark and transgressive elements have become as commonplace as the supernatural-themed TV dramas that continue to spring up on basic cable like mushrooms after a rain. Maybe it's that the stilted, pre-psychoanalytic characterizations only take on the feel of actual human experience as the characters descend into madness and obsession; maybe it's the way that the novel's creaky romantic and melodramatic elements gradually fall away as the protagonists descend from transgression into evil and madness.
Lewis wrote The Monk when he was quite young, and he seems to try his wings as an author before our eyes, by weaving poems, ballads, and independent shorter tales into an intricate melodrama which sets the stage for the main action. The monk Ambrosio is the toast of pious Madrid society, where his impeccable virtue, rousing sermons, and magnetic character are known to all. He refuses mercy to the transgressing young nun Agnes, but his only true fault seems to be an excess of self-regard. However, when a young initiate under Ambrosio's tutelage reveals himself to be in fact the lovely young woman Matilda, struck with love for the virtuous Monk, Ambrosio's world is soon thrown into chaos. Temptation is quickly followed by sin, guilt, and even darker temptation.
The speed of Ambrosio's descent is shocking and stands in dreamlike contrast to the sluggish melodrama which makes up much of the novel. Before long, Ambrosio has committed fornication, witchcraft and murder, and attempted rape, and Satan himself has made an appearance. The powerful final chapter heightens the book's fearful sense of inevitability- the supporting cast and digressive narration drop away completely as Ambrosio is apprehended and faces the horrors of the Inquisition. Ambrosio's greatest horror, however, is the horror of facing his guilt- unable to do so, he pleads for aid to Satan, who finishes the Monk's ruin cruelly and unforgettably.
This book, in its excesses and virtues, prefigures many elements of popular horror in the intervening 200 years or so- it is sexy, sensationally transgressive, sometimes muddled in intention but still convincing when dealing with the abjection and evil that touch every life.

The Monk is a Thriller

Matthew G Lewis had me enthralled from start to finish. This work is of the same caliber as a classic by Alexandre Dumas or Victor Hugo. Each character has a story and they mesh into the main plot line, in which you never know what surprise lies just ahead. Who could imagine the incredible drama which would surround a Spanish monastery and a convent! There is plenty of action: chivalry, thievery, murder, overpowering lust, unrelenting love, heroism -- more than enough to keep the reader within these pages. First published in 1796, The Monk caused quite a stir for its controversial plot line. I found the smattering of archaic spellings an added charm. The Monk is a first-rate thriller and a great gift item!

A class mate suggested this to me and wow. This book as more plot twists than any soap opera. Name a taboo and it appears in these pages. Matilda and Ambrosio will no doubt be a favorite section. A monk having with an affair with a woman dressed as a man. Matilda's seduction is almost impossible to beleive but the book is too charming to resist. Several stories run seperate to each other smashing into one huge conclusion that just blows the reader away. Don't be fooled by the book's age. This is more intense than anything printed today.