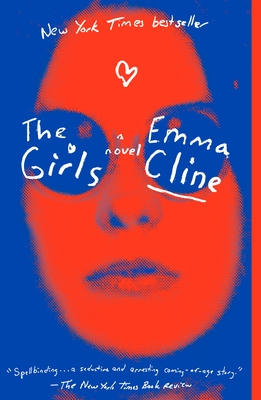 ** The Sunday Times Top Ten Bestseller ** ** The New York Times Top Ten Bestseller ** The UK's best selling hardback debut novel of 2016 Selected as a Book of the Year 2016 in the Evening Standard, Observer and The Times California. The summer of 1969. In the dying days of a floundering counter-culture a young girl is unwittingly caught up in unthinkable violence, and a decision made at this moment, on the cusp of adulthood, will shape her life.... 'This book will break your heart and blow your mind.' Lena Dunham Evie ... Read More

** The Sunday Times Top Ten Bestseller ** ** The New York Times Top Ten Bestseller ** The UK's best selling hardback debut novel of 2016 Selected as a Book of the Year 2016 in the Evening Standard, Observer and The Times California. The summer of 1969. In the dying days of a floundering counter-culture a young girl is unwittingly caught up in unthinkable violence, and a decision made at this moment, on the cusp of adulthood, will shape her life.... 'This book will break your heart and blow your mind.' Lena Dunham Evie Boyd is desperate to be noticed. In the summer of 1969, empty days stretch out under the California sun. The smell of honeysuckle thickens the air and the sidewalks radiate heat. Until she sees them. The snatch of cold laughter. Hair, long and uncombed. Dirty dresses skimming the tops of thighs. Cheap rings like a second set of knuckles. The girls. And at the centre, Russell. Russell and the ranch, down a long dirt track and deep in the hills. Incense and clumsily strummed chords. Rumours of sex, frenzied gatherings, teen runaways. Was there a warning, a sign of things to come? Or is Evie already too enthralled by the girls to see that her life is about to be changed forever? Read Less

All Editions of The Girls

My Name Is Lucy Barton

The Couple Next Door

Emma Cline's novel, "The Girls", (2016) has received high praise from the critics and has become a best-seller. The book has fared somewhat less well overall in the many reader reviews on, for example, Amazon. In the case of this book, critical views have wandered a little away from the views of a larger group of readers. I found it worthwhile to sample the reader reviews to help shape and confirm my own feeling about this book. I read this novel in a book group. One of the advantages of book group reading is the opportunity to see different points of view outside of one's own comfort zone. While this book is outside my comfort zone, it isn't outside ideas that are familiar. The book is mainstream in term of ideas that are repeatedly advanced and have been in our culture for many years. I didn't like this book.

The story is told in the first person by a woman in her 40s, Emma Cline. While Emma recounts some of her current experiences, most of the book involves her experiences in California in the late 1960s when, as a girl of 14, she became involved with the cult around Charles Manson. Most of the book takes place over a summer. Emma's upper-middle class parents were divorcing and Emma was to be sent away to boarding school. She has an encounter with young women in Manson's commune and is drawn into their orbit. Emma becomes infatuated with and probably sexually attracted to an older girl in the commune Suzanne. The story moves back and forth between Emma's experience with Manson and her experiences with her mother and her mother's boyfriend and her father and his lady friend. Emma was not present at and had no role in the Manson murders; although she might, save for a quirky turn, have had a role. The experience tarnishes her life. In the parts of the book set in Emma's current life, she is concerned about a young girl of 15 involved with a young man who sells marijuana and who is abusive.

The focus of the book is on Emma and on her emotional responses to her situation rather than on the Manson cult. Still, it is a flaw in the book that it fails to show the full depths of Manson's depravity and that of his followers. The result is that the book ties what the author sees as flaws in American culture too closely with the beyond-the-pale Manson group.

The book is feminist in tone and beyond that anti-male. Emma is a vulnerable 14 year old whose parents are breaking up. There is a portrayal of American materialism and selfishness particularly where it comes to sex and the male libido. Men are shown throughout as getting too much of their own way with women and of being incapable of keeping their hands to themselves. Young women, particularly Emma, are shown as needing love and affection and the approval of males. They are concerned to an inordinate degree about their appearance and about whether males will like them. They lack independence. The situation is attributed to a male-dominated culture which encourages it. The suggestion in the book is that this cultural situation is what leads Emma and other young women to an attraction to the likes of Manson. I think the book rests on a superficial portrayal of Manson and the evil he represents and on a superficial, heavily ideological portrayal of American culture that has become prevalent among many people. The book is told in Emma's voice, but I don't see any distancing between the voice of the character and the views of the author on this point. The book offers some attempt to portray the unfortunate experiences of Emma in an individualized way, but it is swallowed up, in my opinion by current ideology. To me it was unconvincing. The portrayals of Manson and of his followers besides Emma are also weak and unconvincing. The claim that the dominant male society and sexual predation give rise to Manson is too pat.

I also thought the book was over-written in a way that drew attention to itself and detracted from the flow of the story. The metaphors and descriptions are cloying.

Readers find their own books, and this was not a book for me.