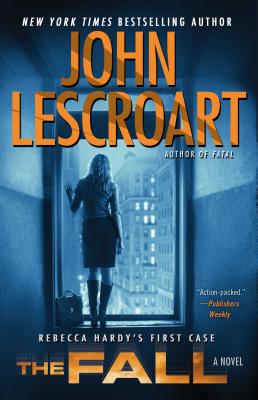 Working to defend a middle-school teacher who has been wrongly implicated in the death of a foster teen, lawyer Rebecca Hardy and her father, Dismas, risk their careers to investigate four other suspects. Read More

Working to defend a middle-school teacher who has been wrongly implicated in the death of a foster teen, lawyer Rebecca Hardy and her father, Dismas, risk their careers to investigate four other suspects. Read Less

All Editions of The Fall

The Rule of Law

The Wrong Side of Goodbye

The Gods of Guilt

It must be very hard to come up with new ways to carry a successful, ongoing series such as the Dismas Hardy string of murder mysteries. John Lescroart has passed the mantle from Dismas to his daughter, 'the Beck.' She is now a junior member of Dismas' law office. I enjoyed seeing Dismas as the experienced senior partner acting as mentor to the fledgling lawyer in her first criminal case.

Rebecca gets her first case by accident. She is helping her father in the Shamrock Bar when the TV shows a breaking story. One of the bar patrons gasps when he sees the story about a young woman who had been tossed over the railing to the street below. The young man, Greg Treadway admits that he was with Anlya Paulson before the tragedy. Rebecca promises to be with him (as a new-found friend) when he calls the police to say he was with her the previous evening.

As always, the political arena is part of the story dynamic. San Francisco must be a hard place to convict anyone. I enjoyed this mystery, even though it was a bit removed from Dismas. Abe Glitsky and Wyatt Hunt are part of the mix and I was glad to see them again.

I did think it was unprofessional for Rebecca to be called 'the Beck' -- even by her client. Otherwise, this is a great yarn.