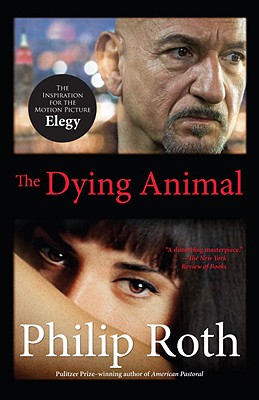 David Kepesh is white-haired and over sixty, an eminent TV culture critic and star lecturer at a New York College, when he meets Consuela Castillo, a decorous, well-mannered student of twentyfour, the daughter of wealthy Cuban exiles, who promptly puts his life into erotic disorder and haunts him for the next eight years. Since the sexual revolution of the 1960s freed him from his wife and child, Kepesh has experimented with living what he calls an 'emancipated manhood' beyond the reach of family or a mate. Over the years, he has refined that exuberant decade of protest and licence into an orderly way of life in which he is both unimpeded in the world of Eros and studiously devoted to his aesthetic pursuits. But the youth and beauty of this 'newly-hatched' woman - 'a masterpiece,' as Kepesh describes Consuela, 'of volupte' - undo him completely. His worldliness, his confidence, his reason desert him, and on the brink of old age, a maddening sexual possessiveness transports him to the depths of deforming jealousy. The light-hearted erotic tale with which he began evolves into a poignant, tragic story of love and loss. The Dying Animal is vintage Roth fiction, a masterpiece of passionate immediacy. It is intellectually bold, forcefully candid, wholly of our time, and utterly without precedent - a story of sexual discovery told about himself by a man of seventy. Read Less

All Editions of The Dying Animal

Near the middle of Philip Roth's short novel, "The Dying Animal" (2001), the aging narrator, David Kepesh, engages in a lengthy reflection on the American sexual revolution of the 1960's. Kepesh turns to early colonial history as he describes the early Puritan settlers in Massachusetts and their conflict with one of their number, a settler named Thomas Morton. At a place called Merry Mount, Morton established a libertine community where, apparently, sexuality well outside the bounds of Puritanism was practiced and encouraged. The Puritan governor sent his miliita to shut down Merry Mount, and Morton was twice sent to England, tried for disobedience, and acquitted. Nathaniel Hawthorne's story "The Maypole of Merry Mount" is based on this forgotten community. When Kepesh tells the story of Merry Mount, he sees it as emblematic of the struggle between Puritanism and sexual freedom that characterizes the subsequent 300 years of American history. Kepesh says (p. 61): "You have to wait three hundred years before the voice of Thomas Morton turns up in America again, unexpurgated, as Henry Miller. The clash between Plymouth and Merry Mount, between Bradford and Morton, between rule and misrule -- the colonial harbinger of the national upheaval three hundred and thirty-odd years later when Morton's America was born at last, miscegenation and all."

In Roth's novel, Kepesh, 70, recounts the story of his relationship with a young woman, Consuelo Castilo, 24, the daughter of refuges from Cuba. For most of the book, Kepesh speaks in a ranting voice and wanders, as speakers will do, from his immediate subject matter, to reflections on the sexual revolution and on the Pilgrims, as shown above, among other things. Kepesh took the sexual revolution seriously. When it occurred, Kepesh, then middle-aged, left his wife and son to pursue untrammelled a long series of affairs with many women, mostly but not always his students, much younger than himself. He continues his affairs well into old age. Kepesh is attracted to Consuelo because of her beauty and poise, but mostly because of her breasts which he claims are the most beautiful he has ever seen. For about a year and a half, he has a sexual relationship with Consuelo. Kepesh also becomes jealous and possessive about Consuelo, unlike his other relationships, and fears losing her to a younger man. During much of the time Kepesh is seeing Consuelo, he is also having an affair with a middle-aged high powered lawyer, Carolyn. He lies to Carolyn to keep the relationship going for a time when Carolyn discovers that there is another woman in Kepesh's life.

After Consuelo breaks of the relationship due to a perceived slight, Kepesh becomes lonely and depressed for three years. Except for an occasional postcard, he hears noting from Consuelo until eight years have passed. On New Year's Eve, 1999, the turn of the millennium, he receives a voicemail from Consuelo. Now a woman of 32, Consuelo's life has taken a severe turn. Kepesh's eroticism and unrestrained sexuality come into tension with his feelings for Consuelo.

This novel is blatantly erotic, but it is much more. Roth presents his narrator highly ambiguously. On one hand, Kepesh is intelligent, cultured, open, and lusty. It is easy to sympathize with much of what Kepesh says about sexuality and its repression. It is also good to hear a voice which disclaims much current political correctness about sex. On the other hand, Kepesh is highly dislikable in his intellectual dogmatism and more, for his lack of feelings for his women, Kepesh is a liar, a cheat, and does not truly love or commit to any woman. Kepesh seems unwilling to face his own mortality by his continued sexual pursuit as an aging rake of younger women. Kepesh's son, 42 when the narration takes place, dislikes his father for breaking up his home. Yet he turns to Kepesh for advice when he finds his own ardor for his marriage (and three children) has gone and he is in the midst of his own adulterous relationship.

As the story reaches its denouement, Kepesh tells his hearer: "Now, let the laughter subside and allow teacher to finish. To be sure, if pleasure, experience, and age is a subject of interest no longer ... It is? Then make what you'll make of me, but not till the end." Kepesh's free, irreverent ranting and lust meet Consuelo and her fate.

The book is cunningly written, both bawdy and thoughtful. Roth offers a nuanced portrayal of his flawed narrator. I thought the book had much to say about sexuality, growing old, the fear of death and loneliness, and the nature of commitment.