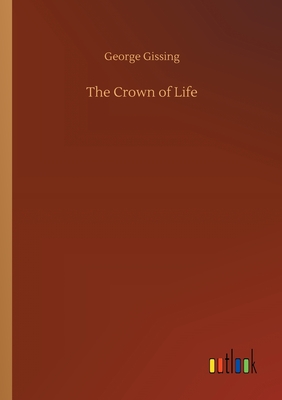 The Crown of Life

Amid the throng of suburban arrivals volleyed forth from Waterloo Station on a May morning in the year '86, moved a slim, dark, absent-looking young man of one-and-twenty, whose name was Piers Otway. In regard to costume-blameless silk hat, and dark morning coat with lighter trousers-the City would not have disowned him, but he had not the City countenance. The rush for omnibus seats left him unconcerned; clear of the railway station, he walked at a moderate pace, his eyes mostly on the ground; he crossed the foot-bridge to ... Read More

Amid the throng of suburban arrivals volleyed forth from Waterloo Station on a May morning in the year '86, moved a slim, dark, absent-looking young man of one-and-twenty, whose name was Piers Otway. In regard to costume-blameless silk hat, and dark morning coat with lighter trousers-the City would not have disowned him, but he had not the City countenance. The rush for omnibus seats left him unconcerned; clear of the railway station, he walked at a moderate pace, his eyes mostly on the ground; he crossed the foot-bridge to Charing Cross, and steadily made his way into the Haymarket, where his progress was arrested by a picture shop. A window hung with engravings, mostly after pictures of the day; some of them very large, and attractive to a passing glance. One or two admirable landscapes offered solace to the street-wearied imagination, but upon these Piers Otway did not fix his eye; it was drawn irresistibly to the faces and forms of beautiful women set forth with varied allurement. Some great lady of the passing time lounged in exquisite array amid luxurious furniture lightly suggested; the faint smile of her flattered loveliness hovered about the gazer; the subtle perfume of her presence touched his nerves; the greys of her complexion transmuted themselves through the current of his blood into life's carnation; whilst he dreamed upon her lips, his breath was caught, as though of a sudden she had smiled for him, and for him alone. Read Less

All Editions of The Crown of Life

Best-known for "New Grub Street" and "The Odd Women", the Victorian author George Gissing (1857 -- 1903) wrote more than twenty novels during his short life. One of Gissing's neglected works is "The Crown of Life" published in 1899, late in his career. I wanted to visit Gissing again and to reread this novel.

For Gissing and this novel, the "crown of life" is true romantic love. Gissing explores what he often sees and in his wiser moments criticizes as the tension and dichotomy between romantic love and sexuality in many of his books. In "The Crown of Life", romance and idealism appear to win at the end, unlike the result in most of Gissing's books. Gissing wrote the book after two dismal marriages, when he met and fell in love with a woman, Gabrielle Fleury, to whom he could respond on an intellectual as well as physical level. Gabrielle Fleury, had been translating Gissing's books into French. He would remain with Gabrielle for the rest of his life. In a letter, Gissing wrote of his aim in writing this book.

"Under the guise of fiction, this book deals with the most solemn questions of life, and in no light spirit. I have not felt a disagreeable contrast between this work and the sad realities which have fallen upon us. For it has never been my habit to write flippantly, idly. I have never written only to gain money, to please the foolish. And my reward is that -- however poor what I have done -- I do not feel it ignoble."

The book tells of the eight-year courtship by a young man, Piers Otway of a woman named Irene Derwent. Otway is the illegitimate son of a middle-class scholar and former political activist and supporter of liberal positions. When the novel opens, he is a youth of 21, taken with the idea of love, but studying hard to pass the civil service examination for a secure government career. While his is boarding with old friends in the suburbs, he meets a visitor, Irene, and is immediately and inexplicably smitten. Otway is so taken with Irene that he can no longer concentrate on his studies. He gives up the civil service exam and goes into business instead for the Russian office of a large firm. Irene is cool, proper, and polished and from an upper-class background. She flirts mildly with Otway but rebukes him for a minor gaffe during a social affair. The relationship appears to be an end before it begins, particularly because Irene soon makes a promising engagement with a rising young man in Britain's colonial empire. But Otway perseveres in his dreams.

In addition to the developing the story of Piers and Irene, the novel has a political component. Gissing wrote the book after the Russian Tsar, Nicholas II, had proposed a disarmament conference as part of a claimed campaign for world peace. Gissing called "The Crown of Life" his "anti-jingo novel." The book is critical of British imperialism and of the expansion of the British empire under large, unrestrained capitalism. Gissing feared with substantial justification that imperialism would soon lead to war. The anti-jingoism of the book is not fully integrated with the love story. While working is Russia, Piers becomes taken with the Russian peace movement and with individuals living loosely in the manner of Tolstoy. The many characters in the novel discuss and debate British imperialism at length. Several of the characters in the book, including Irene's fiancé and one of her erstwhile suitors, are involved in promoting British colonial interests while one particularly detestable character is involved in arms manufacture. With a limited degree of success, the novel tries to show that the aim of many people in settling for a life of drudgery and for less that full romantic love in the personal lives is tied to the colonialism, impersonality, and warlike tendencies of British late nineteenth-century capitalism.

The strongest scenes of the novel focus on Piers Otway as a lonely young man in both Britain and Russia. Otway must deal with his sexual needs while he dreams of Irene from afar and stumbles through to success in business. He is plagued by his illegitimate birth, by his lack of inheritance, and by scandals involving his two legitimate but wastrel elder brothers. Otway perseveres in his goal of finding true love as the most worthwhile endeavor of life and ultimately succeeds in winning Irene's hand. Ever the realist, Gissing fills his book with pictures of unhappy marriages and of couples who compromise themselves and marry for something less that idealized love. Both Otway and Irene almost succumb to the temptation to compromise at several points during the story.

With many interesting scenes, ideas and passages in the novel, the courtship between Piers and Irene in unconvincing and unappealing. Young Piers is in love with the ideal of love and his lengthy idealization of Irene is forced. In the eight years between meeting Irene and betrothal, Piers does little more physically than touch her hand while dealing otherwise with the demands of sexuality that both Gissing and his protagonist know all-too-well. It is difficult to see what the all-too-prim and perfect Irene does to merit such devotion. Piers' idealization of the young lady does not make her likeable or desirable to the reader. To her credit, Irene develops a sense of individuality during the book as she breaks off with her fiancé upon realizing that his feelings for her verge on the conventional and the superficial. But this is insufficient to support Piers' love and his years of courtship and erotic neglect. The many bad marriages in the book together with some of the minor characters, including a bohemian painter of female nudes, suggest the price of dividing one's sexual from one's idealizing nature for so long. The novel ends in triumph, but it is unclear whether the marriage between Piers and Irene will succeed.

"The Crown of Life" is not one of Gissing's better novels. It is still worth reading and knowing as the work of a beloved and on the whole neglected author. I was glad to revisit and get to know Gissing's work better from the aspect presented in this book. The book is readily accessible online. I can't comment on the available offprint editions. The quotation from Gissing's letters is found at page 308 of Paul Delany's biography, "Gissing: a Life",