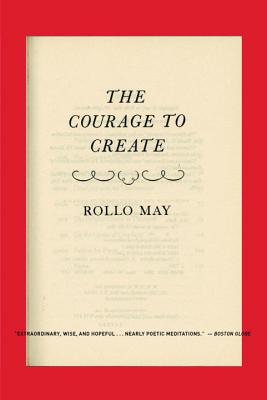 The Courage to Create

All Editions of The Courage to Create

Books by Rollo May

Man's Search for Himself

The Meaning of Anxiety

The Cry for Myth

Creativity: Flow and the Psychology of Discovery and Invention

The Creative Habit: Learn It and Use It for Life

Man's Search for Himself

The Meaning of Anxiety

One of the World's Greatest

A friend asked me what to read next, as he was wont to do after he read my last suggested book. After he read THE COURAGE TO CREATE he bought a case of the book that he carried in his trunk and gave to special people he ran into whom he knew would appreciate it.
Other people have asked after they'd read the book why I hadn't told them about it before.
This is not the Rollo May dense writing you might be familiar with in some of his other books but it strikes at the core of our existence and is something you will be forever thankful you read. If not, let me know and I'll buy it from you. It is much, much more than the title might indicate at first.