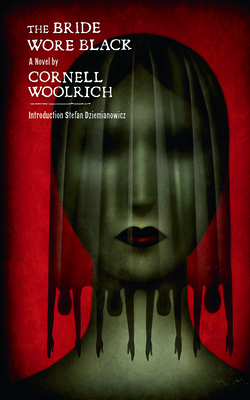 A police detective seeks the rationale between seemingly-unrelated murders, connected only by the appearance of a beautiful woman each time Read More

A police detective seeks the rationale between seemingly-unrelated murders, connected only by the appearance of a beautiful woman each time Read Less

All Editions of The Bride Wore Black

I Married a Dead Man

A Kiss Before Dying

I Married a Dead Man

Cornell Woolrich, (also wrote as William Irish) was one of the greatest suspense writers who deserves to mentioned along with Chandler and Hammett. His tight style holds you every minute and his language is fresh and haunting. Many of his books, as this, were made into films but only a few have the intricate plotting he was a master of. The plot of "Bride Wore Black" revolves around a woman, and is brilliantly told from her point-of-view. She is hunting down and killing certain men. We don't know why until the end. The puzzle is: What's the connection? To find them, she has to enter the shadowy nighttime worlds of dives, bars, clubs and cabarets of New York City of wartime 40s. Woolrich, a closeted gay, was brilliant in narrating from a woman's point of view, and in reproducing those bygone city scenes. If you savor writers who are masters of style, read Woolrich now.