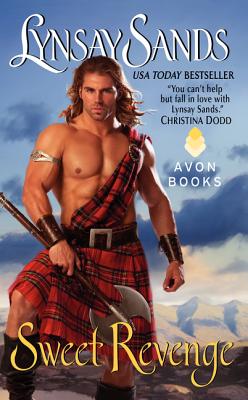 "Filled with bravery, passion, complex characterizations, humor, and a clever storyline, this romance will heat up the cold winter nights with a warm, fuzzy feeling."--"Historical Romance Reviews." Reissue. Read More

"Filled with bravery, passion, complex characterizations, humor, and a clever storyline, this romance will heat up the cold winter nights with a warm, fuzzy feeling."--"Historical Romance Reviews." Reissue. Read Less

All Editions of Sweet Revenge

Meant to Be Immortal

A gal forced to marry to a brutal man in the highlands by her sister-in-law is captured by a gang of Scots. She is a brave gal and fights and tries to flee. Injured prior to this battle, she cannot get away nor save the guardian sent with her. She sucumbs to a fever brought on by an injury done to her while saving her brother's life. She has sworn to save his life and is intent on returning before he can be killed. She has sent someone to protect him, but must get back to prove his wife is a murderess. While she is captive, Galen weds her in a fevered stupor. She remembers nothing, thus acts weirdly and the people of the keep fear her due to possible dementia brought on by fever. Her guardian has told she is daft and that her family has a tainted blood causing females to go nuts by 30. Since men heirs do not, Galen decides to keep her to bear a son. She catches wind of the story told and decides to use it to stave off marriage and consumation so that she can get the marriage annulled and go back to her brother. While watching and being tested for her lack of brain, she sets upon plans to gain some freedom, not realizing her allowing the story is what causes her imprisonment. Of course, she is clever, so she gets away a few times to gain access to the beach so she can have a little freedom. In a bid for freedom, she is nearly captured by the man she was promised to. Danger forces Galen to take a stand and get to the whole of the story and keep her safe since he has come to love her. They go back to England to see her brother safe and to oust the murderess. She misintreprets her brothers conduct and flees for a ride to clear her head. She is captured by the brutal man set to marry her and finds out all the plans when her sister-in-law shows. The final confrontation takes place in a small room of her captive chamber. You will have to read it - good story.