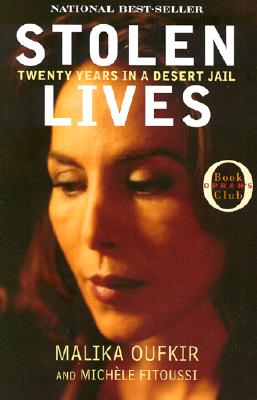 The adopted daughter of the king of Morocco, whose father was arrested and executed for a 1972 attempt to assassinate the king, tells the story of how she, her mother, and her five siblings endured years of imprisonment in a desert penal colony. Photos. Read More

The adopted daughter of the king of Morocco, whose father was arrested and executed for a 1972 attempt to assassinate the king, tells the story of how she, her mother, and her five siblings endured years of imprisonment in a desert penal colony. Photos. Read Less

All Editions of Stolen Lives: Twenty Years in a Desert Jail

Freedom: The Story of My Second Life

While I Was Gone

Falling Leaves: The True Story of an Unwanted Chinese Daughter

A compelling story that may have been embellished

This quasi biography-style story was a compelling read. Although Malika's imprisonment, along with her brother, sisters and Mother was truly horrific, I felt that the facts seem to have been very embellished. They somehow survived a 15-year imprisonment despite living in squalor with rats, mice, scorpions, rotten food, fighting critical illnesses, malnutrition and other factors which could have contributed to at least one or more of their deaths, yet it didn't. Upon their escape, they suddenly had black caftans that the mother had sewed for them, which I thought was not believable, given the thorough searches conducted by the guards every day. Their radio was their prized possession and kept them connected to the outside world, yet it was never discovered or confiscated during the entire time. I also thought that it was not believable that the King of Morroco was not aware of their imprisoned plight and would allow them to suffer so severely, especially given the special bond between the King and his "adopted" daughter. Makes me grateful for our freedom and to be able to live in the USA and not a third world country.

I usually read mystery novels, but this seemed interesting...I was not disappointed.
The book came promptly in very good condition. I have suggested this book to my book club.

This is one of the best books I have ever read. It is the story of a young girl who was raised as a "princess" so that the king of Morocco's daughter would have a companion . She moved into the palace when she was about 5 and lived there for 10 years. When her father was charged with leading a coup against the present king he was shot and his whole family was sent to prison for 20 years. The fact that any of them survived the 20 years of hell is almost too hard to believe. Highly Recommended.

A truly amazing story of the strength of family love and a woman's refusal to be defeated.

Our book club chose this book and it was very interesting. But oddly enough, not very emotional, despite the dreadful details of their captivity. The writing is ackward, the story has too many flash forwards and back, so loses tension; and our narrator can only focus on herself without much clear empathy for her siblings. While we can tell she was hurt by their suffering, it seemed too much just about her. I know this is her story, but she could share the suffering of the others with more insight and compassion.

I admire her and her siblings but their is more that is not said.