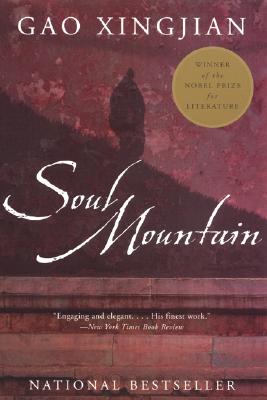 All Editions of Soul Mountain

Buying a Fishing Rod for My Grandfather

Buying a Fishing Rod for My Grandfather: Stories

Buying a Fishing Rod for My Grandfather

Here is a story I find helpful in illustrating this complex, insightful book. It is taken from Rickard and Thuan's book, titled "The Quantum and the Lotus"(p232)

A 19th Century Tibetan hermit named Patrul had a disciple named Lungtok. Lngtok was having difficulty learning to meditate. One evening while they were outside the monastery overlooking the mountains, Patrul caqlled Lungtok to him and said "Didn't you tell me you don't understand the nature of the mind?" "Yes", Lungtok replied.Patrul asked Lungtok to lie next to him and asked "Can you hear the monastery dogs barking"? "Yes" "Can you see the stars shining?" "Yes", "Well" said Patrul, "that's meditation." Shortly after receiving this lesson Luntok received understanding and enlightenment.

This novel, "Soul Mountain", is the story of a spiritual quest. After the narrator learns that he had been wrongly diagnosed with lung cancer, and following prosecution by the Chinese communist authorities as a "rightist", the narrator leaves Peking -- destination and purpose obscure. He decides to try to find an obscure mountain called Lingshan or soul mountain. In the process of his lengthy journey, he travels through remote areas of China where he meets a variety of people, hears Chinese folk, songs, sees archaeological sites, learns about Chinese animals and searches. The search motive is common in religion and literature. The goal is not set out at the beginning but the narrator seeks to come to a degree of self-understanding and to remove sorrow through reflection and the loosening of attachments.

In the process of his lonely journey the narrator develops personnae, or alter egos. He begins to refer to himself at times as "he" and then there is a young woman lover, a "she". This does not make for clear, easy reading, but it is an appropriate technique for a book which tries to teach about the self.

The narrator does not claim to be religious. Nevertheless, the book for me has a strong Buddhist background. Gao has obviously thought deeply about and been influenced by Buddhism. This influence pervades the book and its reflections. It is most pronounced, however, in the visits to the Buddhist and Daoist monasteries of the narrator and in his discussions with Buddhist and Daoist monks and nuns.

Our narrator finds he cannot abandon his sexuality and opts for human society over the life of a recluse. This decision does not to me indicate a rejection of spiritual (or Buddhist) values but rather a placement of them in the context of ongoing human reality. Also the narrator's decision to live without meaning seems to me to indicate an agreement with Buddhist teachings of dispassion, selflessness and non-attachment. It is, in the words of Meister Eckhart which many find parallel to Buddhist teachings, "Living without a Why." There is some acceptance of the spiritual values of the Buddhist recluse brought to bear upon living in the everyday. This, I think, is a teaching the book shares with the Tibetan story with which this review begins.

Many people in the West who for whatever reason find themselves unable to accept western theistic religions have explored Buddhism and other eastern religions for whatever guidance they may provide in living a spiritual life outside the boundaries of a traditional Western faith. In his books, the Dalai Lama, for example, speaks of a "secular spirituality" which uses insights of self-reflection, compassion, and self-knowledge as a means which may be open to many people independently of their religious belief or lack of religious belief. I think "Soul Mountain" is a book with many of the same themes. People who have thought about spirituality and who are not afraid to experiment with the unfamiliar will feel at home with this difficult but highly worthwhile book.