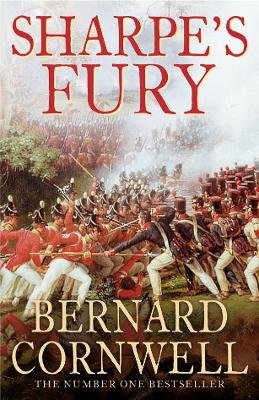 Sharpe's Fury: Richard Sharpe and the Battle of Barrosa, March 1811

This book is one volume in Bernard Cornwell's twenty-four book series of historical novels that detail the adventures of Richard Sharpe, an English soldier during the Napoleonic Wars. The original first eleven books written detailed Sharpe's adventures in various battles of the Peninsular War campaigns of Arthur Wellesley, later Duke of Wellington, over the course of 6-7 years. Subsequently, Cornwell wrote a "prequel" quintet depicting Sharpe's adventures under Wellington's earlier command in India; and, a sequel set six years after the end of the Napoleonic wars. Since writing the first eleven books in the series, Cornwell has completed further "missing adventures" set during the Peninsular War era, for a total of twenty-four novels, to date. In the series, Cornwell's historical fiction writing is reminiscent of that of C.S. Forester in his naval novels set in the same time period. Like Forester, he views the actual historical events of his novels as the big story, and the fictional plot as the little story. The combination is eminently readable and compelling.