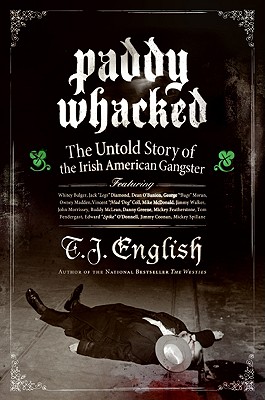 Paddy Whacked: The Untold Story of the Irish American Gangster

All Editions of Paddy Whacked: The Untold Story of the Irish American Gangster

The Corporation: An Epic Story of the Cuban American Underworld

Havana Nocturne: How the Mob Owned Cuba... and Then Lost It to the Revolution

The Brothers Bulger: How They Terrorized and Corrupted Boston for a Quarter Century

Black Mass: The Irish Mob, the FBI, and a Devil's Deal

Brutal: The Untold Story of My Life Inside Whitey Bulger's Irish Mob

Irish history in The U.S.A

Great writer, lots of info. Bit bloody but that's what you would expect. If you wanted to know more about Irish history in The U.S.A this this book is for you.

Great Yarn on the Irish Mob

I was totally enthralled from start to finish. More than a history of the Irish Mob, English injects a wry humor with a brilliant story telling ability to weave a fabric that both entertains and educates the reader on the evolution of the Mob and the cast of characters that inhabited the under belly of this part of our society and history. A great yarn! enjoy!