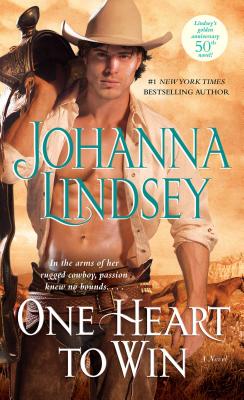 One Heart to Win

All Editions of One Heart to Win

Say You Love Me

Wildfire in His Arms

Marry Me by Sundown

The Magic of You

This is the story of two feuding ranching families - the Warrens and the Callahans - (with long and checkered pasts together) that try to set aside their feud by marrying their children to each other. The only problem is that they forgot to ask their children; maybe it was because their children were still infants.

Mr. and Mrs. Warren separated not long after that; Rose returning to New York City while her husband stayed on his Montana ranch. The daughter, Tiffany, went with her mother and the boys stayed with their father. Mrs. Warren never told her husband why she was leaving. They have now been apart 15 years, though they never divorced.

When Tiffany turns 18, her mother tells her about her long-term engagement to a man she's never met. She's finally told about the generation's long feud. Rose also tells her that her father insists she come to Montana (for the first time since she left as a toddler) for 2 months to meet her betrothed and spend time with her father.

Tiff is not a ?happy camper? but agrees to the trip, so she can call off the engagement. She's not so happy about seeing her father either; she's spent long years wounded by his seeming indifference (he's never come to see her, although the 3 sons have come to NYC several times).

Just after she arrives, Tiffany is accosted by 2 of the Callahan men who think she is the housekeeper/cook the Warrens hired. Tiffany plays along with them and agrees to the job so she can see who Hunter Callahan really is. She's worried that she will not get a true picture if he knows her real name.

The first thing Tiff learns is that Hunter is a handsome flirt. She also learns that he is a hard worker and dedicated to his family. Before long, Tiff finds that he's no more excited about the engagement/marriage to an unknown than she is.

For me, there were too many ?literary devices? used; the reason Mrs. Warren left her husband bordered on hokey. The relationship between Tiffany and Hunter seemed ?without heart,? although their dialog was interesting.