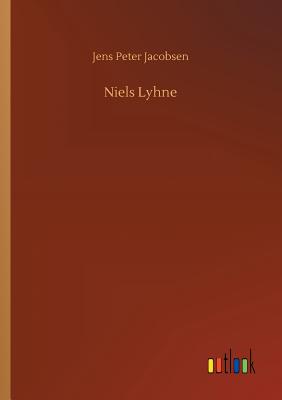 Niels Lyhne is an aspiring poet, torn between romanticism and realism, faith and reason. Through his relationships with six women--including his young widowed aunt, a seductive free spirit, and his passionate cousin who marries his friend--his search for purpose becomes a yielding to disillusionment. One of Danish literature's greatest novels, with nods to Kierkegaard and a protagonist some critics have compared to Hamlet, Jacobsen's masterpiece has at its center a young man who faces the anguish of the human condition but ... Read More

Niels Lyhne is an aspiring poet, torn between romanticism and realism, faith and reason. Through his relationships with six women--including his young widowed aunt, a seductive free spirit, and his passionate cousin who marries his friend--his search for purpose becomes a yielding to disillusionment. One of Danish literature's greatest novels, with nods to Kierkegaard and a protagonist some critics have compared to Hamlet, Jacobsen's masterpiece has at its center a young man who faces the anguish of the human condition but cannot find comfort in the Christian faith. Tiina Nunnally's award-winning translation offers readers a chance to experience anew a writer deeply revered by Rilke, Ibsen, Mann, and Hesse. For more than seventy years, Penguin has been the leading publisher of classic literature in the English-speaking world. With more than 1,700 titles, Penguin Classics represents a global bookshelf of the best works throughout history and across genres and disciplines. Readers trust the series to provide authoritative texts enhanced by introductions and notes by distinguished scholars and contemporary authors, as well as up-to-date translations by award-winning translators. Read Less

All Editions of Niels Lyhne

Mogens and Other Stories

Marie Grubbe A Lady Of The Seventeenth Century

No Man Is an Island

Mogens and Other Stories

Letters to a Young Poet

The Danish writer Jens Peter Jacobsen's 1880 novel, "Niels Lyhne" is one of the best novels that most American readers are unlikely to know. I knew of the book for some time but read it only recently. One of my favorite writers, the British Victorian novelist George Gissing greatly admired "Niels Lyhne"; Gissing's own too- little read novel "Born in Exile" owes "Niels Lyhne" a substantial debt. More recently, I had been thinking about tendencies to deprecate the Enlightenment and the secularism which forms a critical part of it. Reaction to Enlightenment forms a central theme of "Niels Lyhne". I also happened upon the famous "Letters to a Young Poet" written by Rainer Maria Rilke, who lavished high praise on Jacobsen's novel. Rilke wrote to his correspondent, a would-be poet named Franz Kappus:

"If I were to say from whom I have learned about the nature of creative work, about its depth and everlastingness, I could give only two names: Jacobsen, that great, great, writer, and Auguste Rodin, the sculptor".

Later in his "Letters", Rilke wrote to Kappus elaborating upon Jacobsen's novel:

"Now Niels Lyhne will open up before you, a book of such splendors and depths; the more often one reads it, the more it seems to include everything, from the mildest fragrances of life to the full, rich taste of its heaviest fruits. There is nothing there that has not been understood, apprehended, experienced and recognized in the tremulous echo of memory; no experience has been too insignificant, and the smallest incident unfolds as a kind of destiny, and destiny itself is like a wonderful wide tapestry in which each thread is guided by an infinitely delicate hand, placed beside the next and held and supported by a hundred others."

I read "Niels Lyhne" at last. The book warrants the high esteem in which Rilke, Gissing, and other readers have held it.

"Niles Lyhne" is a difficult, passionately written book which centers upon religious faith and its loss, sexuality, and the conflict between romanticism and realism. The book follows the life of its hero, Niels Lyhne, from his birth to his prosperous but mismatched parents to his death in early middle age from a battle wound in the army. "Nilels Lyhne" is a death-haunted work indeed as many of its characters, including the protagonist, meet an untimely end. Jacobsen wrote the novel knowing he was mortally ill with only a short time to live. The book also is for people who know what it is to be alone.

Young Niels Lyhne is dreamy, romantic and introspective. At the age of 12 Lyhne's aunt, 25, with whom he had become infatuated, dies on her sickbed before him, in spite of the boy's fervent prayers for her recovery. From that point forward, Lyhne becomes a confirmed atheist who for the rest of his life both rejects religion and engages in a search for meaning through art and through romantic love.

Most of the book describes Lyhne's relationships with a series of women. Most of the relationships end unhappily as the object of Lhyne's affections marry someone else or otherwise fall out of his life. Lhyne tends to idealize women and put them on a pedestal. Most of the women are independent,strong-willed, and emancipated, in the term of that day, and try to impress on the young man that they are but flesh and blood, as he is.

Besides his romantic interests, Lyhne is both a thinker and a budding poet. He is greatly imaginative and talented but to his great regret allows his gift to dissipate as the novel proceeds. The novel is replete with long discussions about art, poetry, society and social change and, most of all, religion and the search for meaning in a world without God.

"Niels Lhyne" is a wildly emotional book with long, ranting and passionate discussions of the beauty of nature and of flowers, of ideals, the need for love, the search for faith and more. The intensity of Jacobsen's writing drives the story in tones ranging from banter and satire to high seriousness. Long passages of romantic, highly stylized writing are juxtaposed with short sentences and with sections of the most prosaic realism. A talented biologist who translated Darwin into Danish as well as a poet, Jacobsen in this novel explores the tensions between a hard-headedly realistic approach to life and romanticism or faith. With all the passion of the writing, "Niels Lyhne" recognizes ambiguity. It is thoughtful.

Many 20th Century novelists have developed the themes of religion and secularism, sexuality and gender egalitarianism, and realism and romanticism that Jacobsen explored in "Niels Lyhne". Jacobsen's book remains a highly individual, idiosyncratic work with its own perspective and understanding. Readers who admire writers such as Gissing, Rilke, Thomas Mann, Hermann Hesse (all of whom knew Jacobsen's novel) as well as writers such as Camus and John Updike, among many others, will enjoy this bracing, somewhat off-the-beaten-path novel, "Niels Lyhne".